What times. I think at moments like this all I can do is stop trying to predict what comes next and just throw my body where I think it is useful. And remember, sometimes to take a moment to sit in the sun with friends and sleep long enough to have strength for another day.

I don’t know any voices that stand out – what seems so specific about this movement and moment is that it feels like the culmination of the last 10 years of activism, where the on-the-ground tactics and the discourse are fully dispersed among the people, leaderless, atomized, rudderless, but somehow finding a way to make a virtue out of that fact. Impossible to pin down? Everything is on Twitter, voices rising up and dispersing, and everything is bodies rushing around chaotically on the streets, different people, purposes.

As for ‘overtly’ political work, I don’t know. I’ve always said that politics must be an element of every film, that to not use politics as an artistic element is idiotic as well as mildly unethical, but that I’d never seen much utility in works that seek to be activism in and of themselves. I’m wary of saying a film is ‘enough,’ or that they can be political on their own. I find they become helpful in the context of history and in the context of communities, things to rally around, things to provide hope, things to provide images of worlds that don’t exist quite yet or ways of seeing a world that does.

This is, I think, why everyone is gravitating towards BORN IN FLAMES right now, even if they think it’s for more didactic reasons. The film is an image of what is and what could be. It obviously couldn’t be more vocal about politics but the joy of it is seeing so many voices threaded together in a unified cacophony.

My neighborhood had/has become a hub of protest. I live near the middle of demonstrations where vast caravans of peaceful protests pass by on their way to Hollywood. Flowers and water handed out as speeches are made before hundreds and sometimes thousands of protestors march on. I’ve demonstrated on the fringes (COVID) but you are using your body so differently. (I am in awe!)

By overt politics, I didn’t mean as overtly as a film like BORN IN FLAMES – agit-prop – but just reversing the proportions of the political as in SO PRETTY. But your naked body is political in itself. I love your aesthetic. And I love who you are – you who have been been putting yourself on the front line every day. 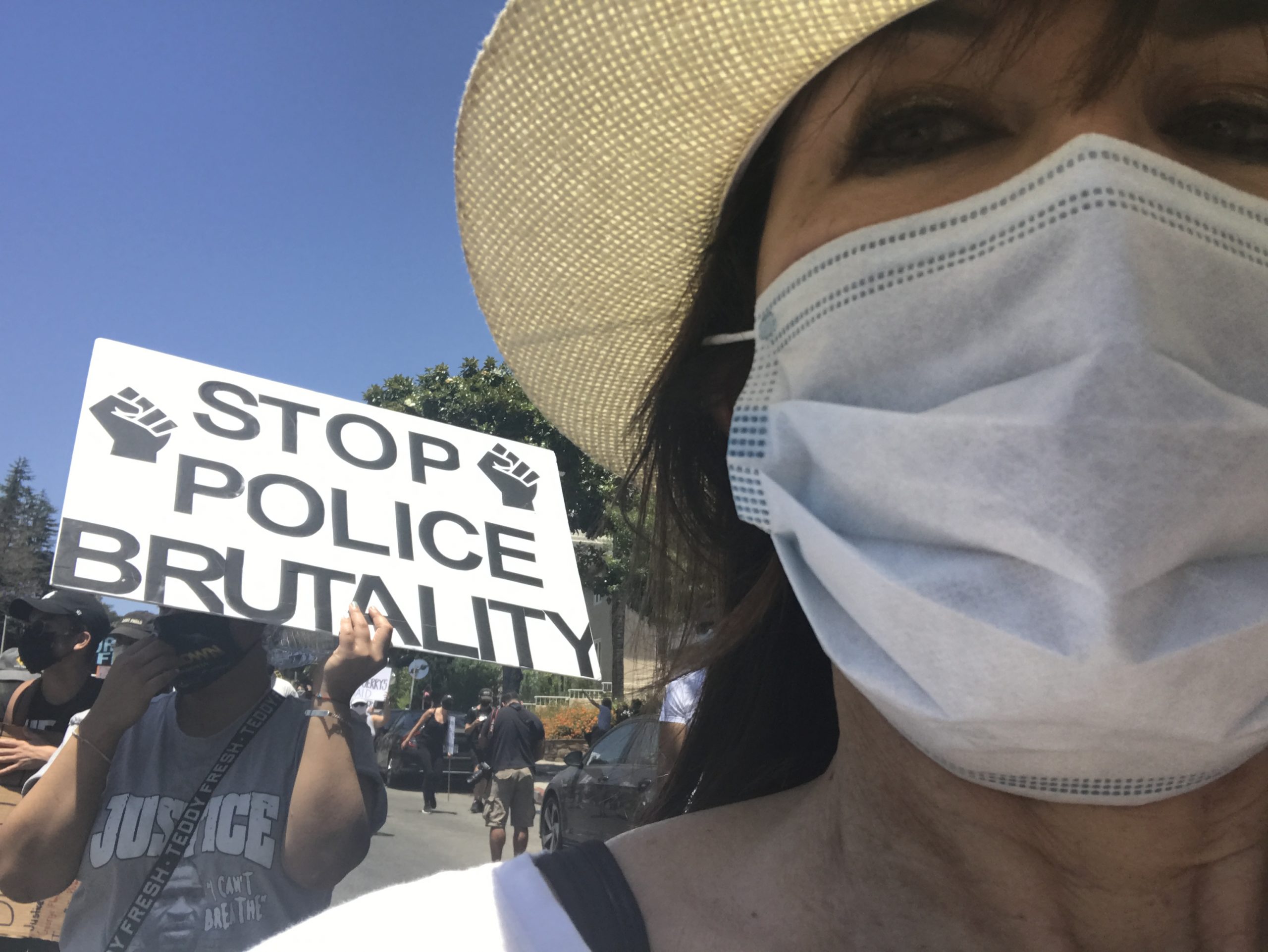 I’m starting to question my own beliefs. Seeing how people reacted to SO PRETTY made me think maybe films have a bit more power than I gave them credit for. With regard to this moment, I can’t see myself making a political work that “takes a lead,” I feel like that has to be something I aid black people in rather than the other way around.

But I do think I can make work that continues to create an aesthetic and political ground that opens space for others, and employment, of course. I view a film as a way to create a space that integrates ideas and gives them power.

Images from Born in Flames, So Pretty & Lizzie Borden

WORKING GIRLS was taken down from Youtube on 9 June at the polite request of Criterion Films, which is planning to restore and release it for an early 2021 release, along with REGROUPING. Additionally, the Criterion Channel will be showing BORN IN FLAMES beginning on 25 July.

If any group of sex workers wishes to have a private, free screening of WORKING GIRLS, please DM @LizziebordenLA on Twitter.