I saw SO PRETTY and had to think about it for a while. Your aesthetic is so gorgeous. I read in your Filmmaker interview you don’t mind if people fall asleep while they watch it and I admit I did… it is lulling… and had to watch it over a period of nights. It captures something I saw last year when I did a Pilllow Talk (a series of ongoing readings/shows curated by writer Fiona Alison Duncan) and showed a short piece of WORKING GIRLS along with Alexis Blair Penney‘s slide show about queer living spaces in Brooklyn (a lot messier than your dreamy ones…!)

There are scenes I had to watch twice because they are so radical – the kitchen scene where everyone talks at once. In some ways, SO PRETTY reminds me so much of where I was when I made REGROUPING (about a women’s group disintegrating and another one forming…) and BORN IN FLAMES… but of course with diametrically-opposed techniques. While you explore an individual’s passion, I focus on “the group” and never allow anyone to look at anything too long. I love how you work non-professional actors. The silence on set.  They really listen to each other; their arguments are hushed; their pain is muted. The sexuality and nudity is casual.

And that kitchen scene where everyone is talking is what I was trying to accomplish with all of BORN IN FLAMES – polyphony – one has to just experience it because you can’t make out any single strand.

SO PRETTY is important and will be a touchstone for many other films. Maybe you could think about showing it now. It belongs on screens in museums and theaters but this pandemic will stretch through next year as far as I can tell…

If EMPATHY had me always thinking about WORKING GIRLS, I was consciously thinking of trying to find a new style for a new BORN IN FLAMES with SO PRETTY – it’s cited in all the original treatments and pitch packets 🙂 I’m so glad it connected!

It is astonishing that BORN IN FLAMES was in your mind. If I had the tools of production and knew digital editing (I edited BORN IN FLAMES and WORKING GIRLS but never learned digital), I might find a way to be in these empty streets. It wouldn’t have to be about a pandemic – that would be so old in a year or two. I just remember using the city as a backdrop and now both cities feel so haunted.

But I know SO PRETTY was so much about interior space. I loved the scenes of bed-making… cooking. I could watch the shower scenes (in both your films) forever.

Hehe you’ve managed to described exactly the two films I’m doing — I’m helping my cinematographer (at a distance) work on a 35mm film of empty streets and his empty home. Because he’s doing that, my wife and I are making a short, a sort of pornographic ode to marriage and female Christian mystics entirely in her apartment — locked off, very quiet. I’m scared of it becoming “just” a corona film though, it’s already delicate enough for me to be doing a film about marriage that by virtue of my body and my politics was always both a sort of joke on the idea of marriage and a way to take it very seriously as something as beautiful as it is absurd for me. (We got married after two months of dating about a year ago, simply because it seemed too silly not to try.)  If it becomes a corona film I think I’ll lose that balance, it might simply become “oh I love my wife,” which though part of what I want, isn’t the entire goal of the film as it was intended. But my friends tell me to just do it because if nothing else they can see it and it will make them happy, so that’s reason enough. At least I’m comfortable shooting domestic space until the day I die. 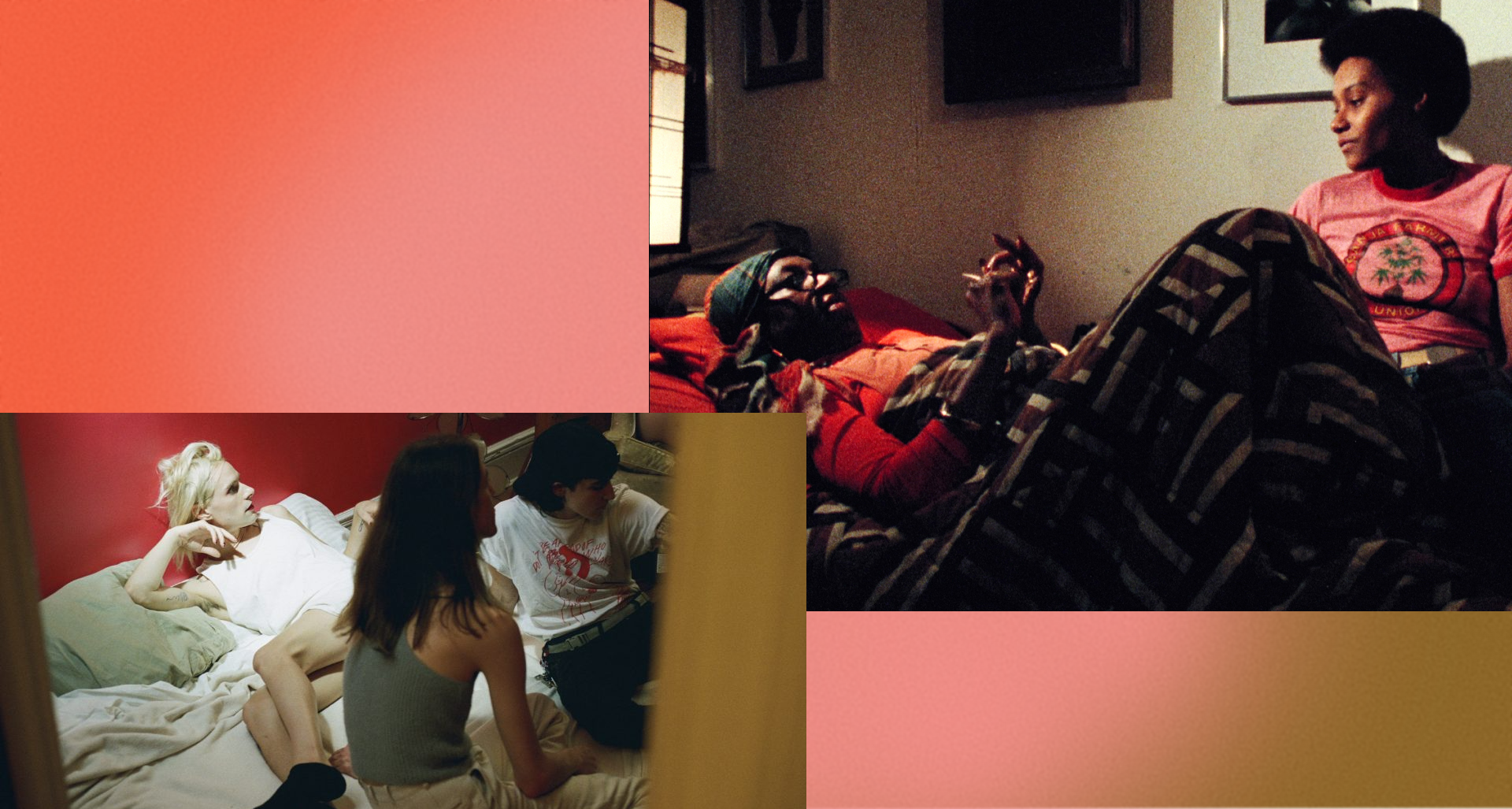 Images from Born in Flames & So Pretty