I love the short scenes in SO PRETTY of raves and your characters walking to demonstrations but I would have been interested if everything had taken place in the bedroom – boredom irritation desire dominance submission anger, how people move around each other, with each other. You are lucky you have friends as your audience because I would say just make a film for yourself.

It’s funny you bring up raves because my partner works running sound at (mostly semi-illegal) raves in New York, and it’s where we met and grew our friendship over the last few years, so beyond clubs forming the fabric of much of my life these last few years, the question of how clubs change us and how we move through them is at the forefront of my artistic mind and my material life. We’re desperately hoping something returns because her jobs in that world have given her so much of her strength and money and freedom — she’s one of a very small number of women in the field, too. I’m curious, scared, and hopeful about what comes next and how it changes. We need spaces, and lights, and sounds, and people. Are you working on anything now?

I was developing a couple of projects about strippers, one a potential series with Antonia Crane – writer/educator/stripper/sex worker – but I think post-corona, ideas about intimacy will change. I also have such an internal battle with straight-line narrative. In order to finance the films I’m making I can’t be strictly experimental. I wish I had ideas I could execute for $100,000 or less… it is brilliant you are able to work within a lower-budget framework.

Also, I’m editing a book of stories by strippers. I interview some of the writers or they interview each other to convey the feeling of community. A publisher has it now but I told him to hold off – I’d like Antonia to write a new story about stripping after corona.

I recently saw and loved SHAKEDOWN by Leila Weinraub. I’d love to read those stories.

And then because production is delayed, I’m outlining another one about Simone de Beauvoir’s relationship with the American writer, Nelson Algren (who wrote Man With The Golden Arm.)  Beauvoir was “wed” intellectually to Jean-Paul Sartre but they both had “contingent” relationships with both men and women. But Beauvoir and Algren fell in love and he helped her articulate the ideas behind The Second Sex. Her novel, The Mandarins, made her a “star,” but she betrayed Algren by writing about him in and lying about it… and she could never leave Sartre. Algren was battered by McCarthyism in the US while Beauvoir, being essentially an intellectual “mandarin” in France, continued to rise. It ends up being a tragic love story. In the end, she is able to transcend both men and “become” herself.

It strikes me that part of the contemporary feminist and gay/trans project has to be taking a more active involvement in what it means to be straight, or more interestingly, to engage in “straight” relationships, especially for those who are not exclusively that. I’d always thought there was something hiding in relationships in the 50s, like de Beauvoir’s. To come at these questions from a new angle. To tie communism and McCarthyism into that seems crucial. These questions are always also political, but in a sly way. I wonder if it’s why you and I both made sex work films — it’s a way in from a new angle.

Actually, I made WORKING GIRLS because that’s what I did for a while to make money while I was making BORN IN FLAMES. I assumed you knew although I haven’t been that public about it. I don’t think I could have done it unless it was a place where other women I know worked, so it was our kind of secret… but once you work, even if only for short time, you cross a line… it’s an “us and them”…as Jo Weldon puts it. I could never have stripped. I was too shy. I love the bravado of strippers. 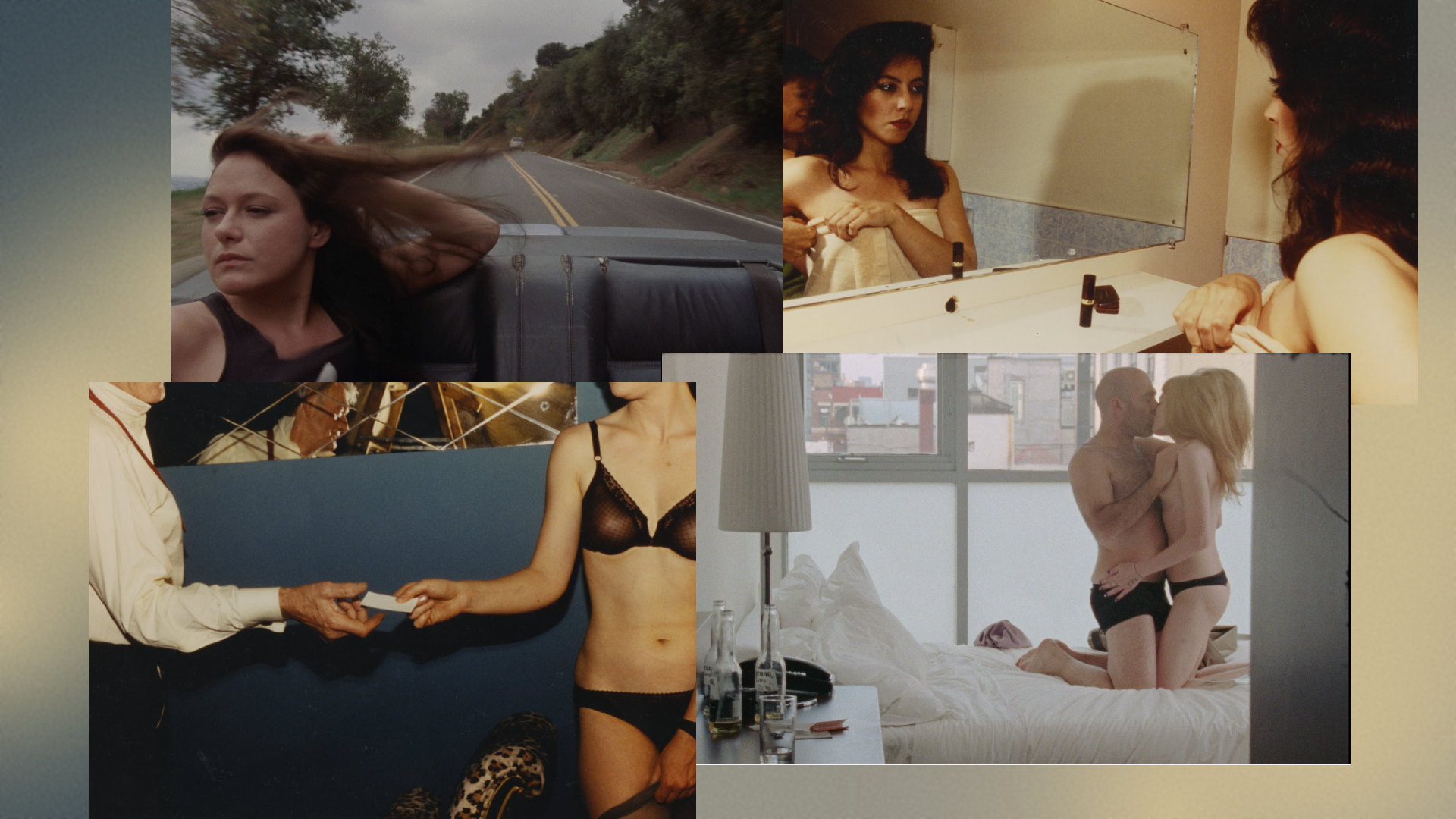 I actually didn’t know you’d worked in that field, although given the film and your politics in general I’m not at all surprised. I’ve never done it myself but it’s always been something a significant portion of my friends are doing at any given time. My partner (Wife, haha!) and I keep debating live-streaming that sort of thing to make a little money and to take advantage of the particular niche we happen to occupy, but the old body image and the long memory of the internet give me pause … it seems on the one hand public and shameless in a way that appeals both as a way to earn money and as an outgrowth of my art that uses my own body, but it’s also so much work and still so uncommon for a director! I guess I’ll take the unprofitable route of a short film with the same subject matter for now.

I think the rituals of bodies moving together tie the club and the protest together. Maybe that’s part of the appeal of marriage, with its own weird rituals.

I love the idea of Simone as a woman who created a woman to be. I think all women have to do this in order to be free, it’s something of course relevant in too-obvious ways for me as a transwoman, but as time passes I’m realizing it’s something that binds me to all women. So many transwomen chase the idea of a “generic woman” and in the process we fall victim (of course, and it’s by no fault of our own) to the same misogyny every woman faces. Realizing I could take hold of both my womanhood and my transwomanhood in order to be who *I* actually could live as has been something that has helped me so much in the last few years. 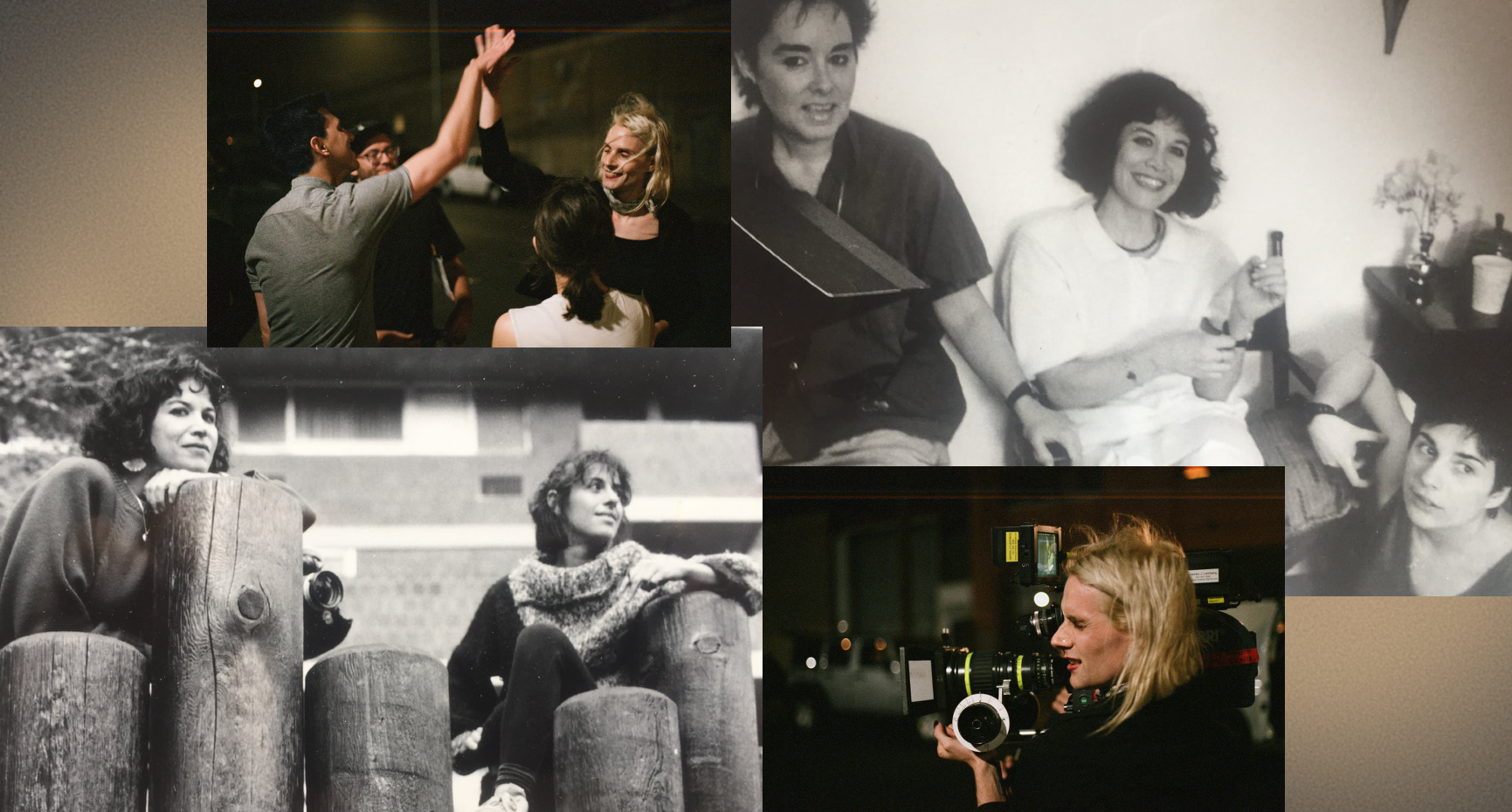