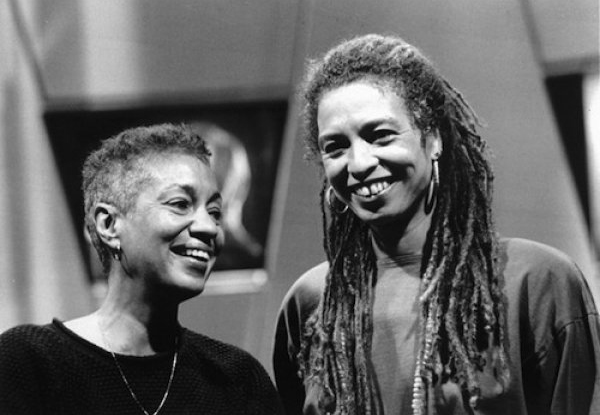 Still from A Place of Rage by Pratibha Parma, USA, 1991. Courtesy of the filmmaker and Cinenova.

Read Nazmia Jamal on why A PLACE OF RAGE is a record of what came before and a blueprint for action now — and read Tara Judah on the kickass anti-colonial antics of NICE COLORED GIRLS.

The screening will be followed by a discussion chaired by Nazmia Jamal, featuring gal-dem contributor Yasmin Begum and reporter Geneva Virasami.

Want an urgent history of African American women driving the civil rights, Black power and feminist movements that you can dance to?

Featuring Prince and Janet Jackson as the spot-on soundtrack to interviews with Alice Walker and Angela Davis, A Place of Rage is our kind of revolution. Pratibha Parmar weaves the story of the 1960s civil rights movement and 1980s LGBT rights movement together in a reminder that the struggle continues because of such leaders. June Jordan’s ‘Poem about Police Violence’ is just one of many moments that still hit home.

In an Australian city, two Aboriginal girls plan a night out on the town at the expense (in both senses) of a white ‘Captain’. Brilliantly intercutting their story is an account of first contact, as an English explorer ‘surveys’ young Aboriginal women. The modern-day girls skip away laughing at the end of Tracey Moffatt’s incendiary film, leaving us unsettled.