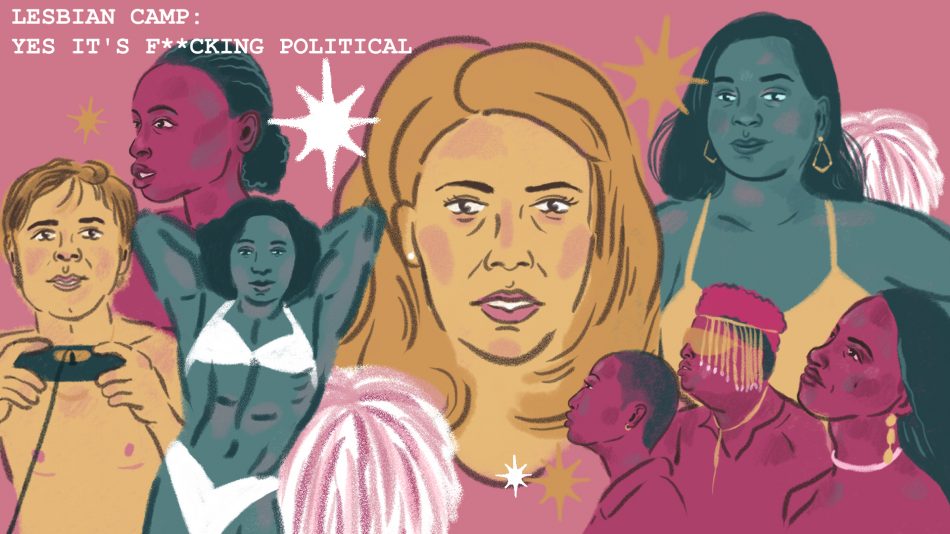 A weekend of screenings at the Rio Cinema + online shorts programme on the Rio Player + new writing & art inspired by the films.

Hop over to our Vimeo for close captioned recordings of:

AS THIS IS A FUNDED PROJECT, IF YOU CAME TO THE RIO TO WATCH ANY OF THE FILMS, WE WOULD BE SO GRATEFUL IF YOU COULD FILL IN THIS AUDIENCE SURVEY EVALUATION FORM: HERE 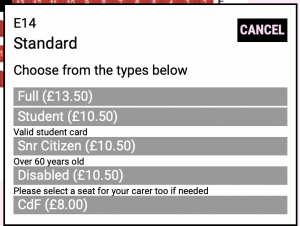 On the verge of the post-lockdown summer, CDF in partnership with our friends at the Rio is bringing pure queer joy back on the big screen. Taking our cues from Susan Sontag’s genre-defining essay, our programme is as camp as a circle of lesbian tents: it’s a little esoteric and extra with it, full of glitz, glam, glitter and spray-tan. Queering the decade of excess, CDF proudly continues its focus on the political aesthetics of 1980s inclusive queer feminisms, present in recent contributions to our fabulous Culture Club. We’ll be screening one of the 1980s greats, Pumping Iron II: The Women, a brand-new director’s cut of 1990s cult classic But I’m a Cheerleader, and a programme of fantastic recent shorts.

Campers!! While the Rio has been shut, we have had our eyes on its queer archive. As well as Culture Club, we’ve been keeping ourselves busy working online with the brilliant Project Indigo, digging around and re-making a new archive for 2021. As Sontag writes ‘the camp eye has the power to transform experience’, so help us bring together the 1980s and 2020s at our Lesbian Camp film weekender! Watch as we convert the serious into the frivolous and back, following in a glittering lineage of playful, self-aware lesbian camp films that all screened at the Rio Cinema over the last five decades, including work by our faves Joan Braderman, Cheryl Dunye, Barbara Hammer, Jan Oxenberg, Bev Zalcock + Sara Chambers. Because camp sees everything in exclamation marks, let’s add Richard Kwietkowksi as our token gay cis male director!

Our film programme reflects the Rio’s long history of championing LGBTIQ+ radical film cultures and communities in East London and beyond, in the face of censorship, conversion therapy and police repression from the 1980s until today: so yes it’s f***ing political. Get out your badges, bring your most fierce masks, and come revive your inner queer archive with Club des Femmes and Project Indigo.

Read new writing on the weekend programme by Shivani Dave, looking at why as queer, trans and non-binary feminists we love sports, even when they don’t love us back. Coming soon. 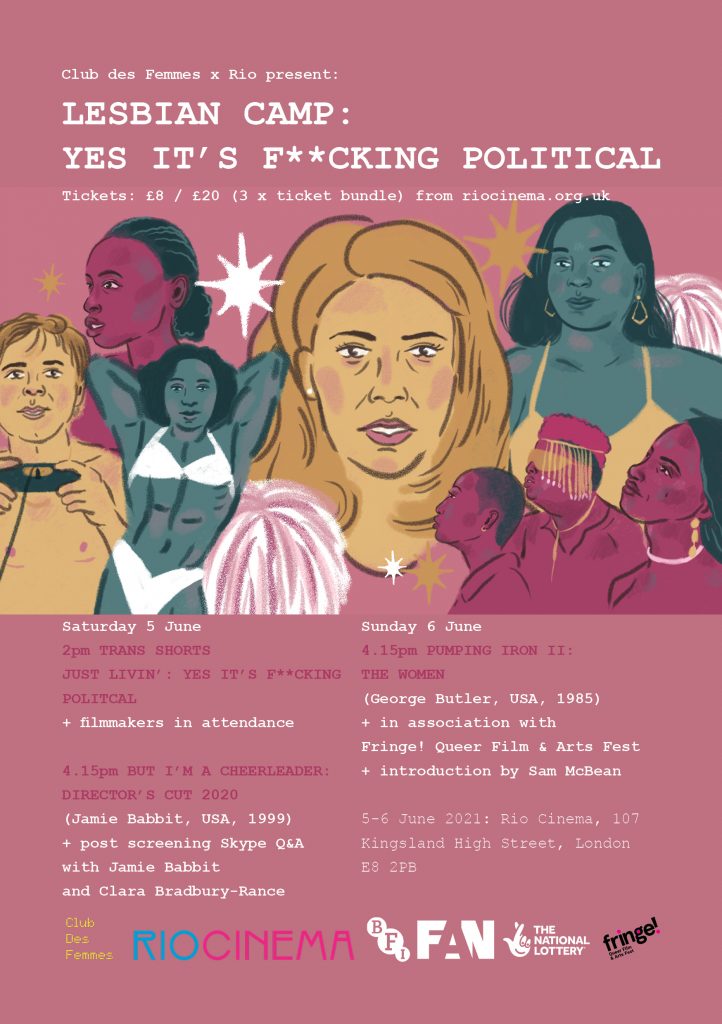 Transgender Blake and cisgender Cane hang out, play video games and grapple with their insecurities. This is their love story.

Anemio, non-binary gender teenager, finds peace in an alternate world of marine life, comforted by the anemones and all the other hermaphroditic marine creatures.

Two dumpster diving trans women unknowingly participate in a social experiment when they pick up a hitchhiking robot on the side of the road.

Three queer friends from the Heliópolis favela go out seeking joy and dancing in the downtown LGBT+ night scene of São Paulo.

But I’m a Cheerleader

First in-cinema screening of the 2020 Director’s Cut in the UK!

Shake your pom-poms because Jamie Babbit’s adored debut puts the camp into summer camp as it breaks the teen film golden rule: that BFFs are never, ever first loves too. Megan has always assumed she’s straight (despite being a vegetarian and Melissa Etheridge fan) until she gets sent to reparative therapy camp by her Christian parents. There she meets Graham (Clea DuVall), an out and proud lesbian who shows no intention of falling in line – but every sign of falling in love. Cue pink n’ blue training montages – with camp attendees including Melanie Lynskey and Michelle Williams, and RuPaul playing it super-straight as uptight Mike the counsellor – swoonsome heart-to-hearts, a brilliant cameo by John Waters’ muse Mink Stole, dreamy dance sequences featuring Julie Delpy, and (of course) young queer lovers and friends defeating conversion therapy and winning the day.

Babbit’s film celebrates its 22nd birthday this year with the release of a Director’s Cut – something far too few feminist and queer filmmakers get to enjoy! We look forward to welcoming her for a Skype Q&A as we think about how the film still resonates two decades on, as the current UK government refuses to outlaw conversion therapy, transphobic laws are being passed across the US, and COVID-19 has globally seen many queer and trans people cut off from community, often stuck in homophobic or transphobic homes. But I’m A Cheerleader shows our hearts how, in the most unexpected place, queer community makes all the difference. With its super-stylised, knowingly-hyper, bubblegum production design, the film is candy for sore eyes, a celebration that spits milkshake in the face of repression. 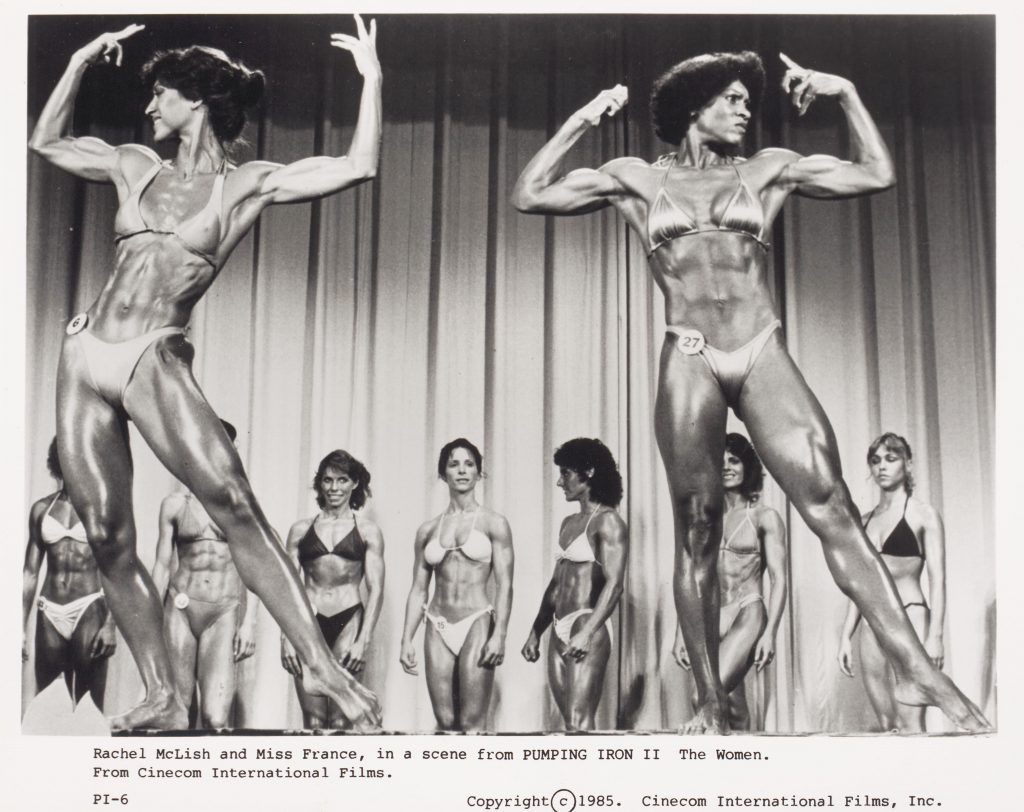 Programmed in 1985 by the Women’s Media Resource Project at the Rio to a raucous sold out women only audience, the film follows five top female bodybuilders, Rachel McLish, Bev Francis, Lori Bowen, Carla Dunlap and Lydia Cheng who sacrifice their lives and livelihoods in the pursuit of the ‘perfect’ female form in order to win. Although the film assiduously avoids the L-word, there remains a magnetic (coded) lezzy force field around Bev Francis, the beautiful butch Australian powerlifter who sets out to cause maximum gender trouble at the 1983 Caesars Palace World Cup competition in Las Vegas.

Criticised at the time for its misrepresentation of the sport, Pumping Iron II: The Women was taken up by lesbian/feminist film critics and audiences alike, hailed by Mandy Merck  ‘as one of the most radical, and engaging feminist films in years’ in her 1985 City Limits review. Spotlighting the heated debate at the heart of the film, Merck ponders possible answers to the question,

Can a woman body builder be too strong?: The answer? We are in the 1980s. Who are we to say what looks like a woman and what doesn’t.

However dazzled by the film’s high jinx and huge fun as you watch the women strut their muscles, we can’t ignore more serious questions, still pertinent today: which bodies matter? Which bodies tick enough standard boxes to be granted fair play? Bev Francis (spoiler alert!) might have not been deemed ‘feminine’ enough to win that competition at Caesars Palace but her real victory comes as we watch the film, and celebrate her in all her glory as a lesbian camp icon of bodybuilding royalty.

We would like to give a huge thanks to George Butler and Keero Birla for making this screening possible.

Jamie Babbit has directed several features and produced and directed multiple award winning television shows. Her debut film, But I’m a Cheerleader, was listed by The Independent as one of the top twenty best romantic comedies of all time.

Babbit began her career as Martin Scorsese’s intern on The Age of Innocence. The Itty Bitty Titty Committee, her second feature, won The Grand Jury prize at the SXSW film festival and her short “Stuck” won a jury prize at Sundance. Babbit graduated from Columbia University where she was a Centennial Scholar in foreign studies, and she grew up in Shaker Heights, Ohio. She currently lives in Los Angeles, CA with her girlfriend and two daughters.

Clara Bradbury-Rance is Lecturer in the Department of Liberal Arts at King’s College London. Circa 2001, when But I’m a Cheerleader was released on VHS in the UK, she watched the film 3 times over the course of a 24-hour rental and has been attempting to master DuVall’s wink and vulnerable butch swagger ever since. Clara’s book Lesbian Cinema after Queer Theory was published by Edinburgh University Press in 2019 and translated into Spanish by Osífragos later that year. Clara is on the board of MAI: Feminism and Visual Culture and edited its special issue Feminist Pedagogies (2020). You can find links to her work at https://linktr.ee/cbradburyrance and follow her on Twitter @CBradburyRance.

Sam McBean is Senior Lecturer in Gender, Sexuality, and Contemporary Culture at Queen Mary University of London. She is the author of Feminism’s Queer Temporalities (Routledge, 2016). Her work on queer and feminist literary and visual cultures has been published in journals including Feminist Review, Feminist Theory, and the Journal of Lesbian Studies.

With support of the BFI, awarding funds from The National Lottery