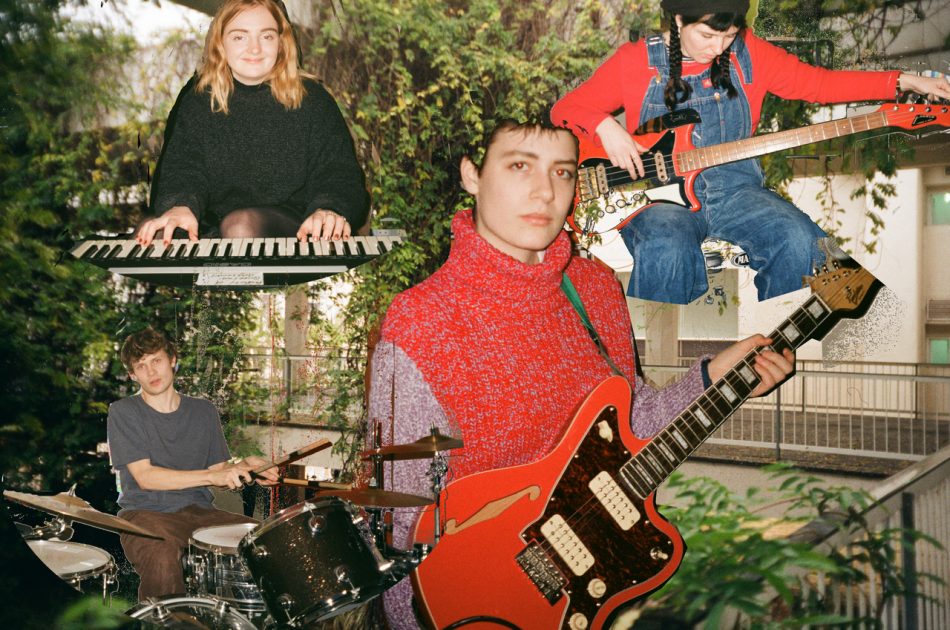 Every Bad is available to stream on Spotify or the band’s YouTube channel, download or purchase (CD/LP) from Bandcamp, or via Rough Trade in the UK, or direct from their label Secretly Canadian in the US.

And so opens the sophomore album from Porridge Radio. The band could hardly have realised how pertinent this line was to the impending age of COVID-19, but sometimes music acts as conduit, as prophecy, as art that matches the concerns of the day and here we are. It’s a record that is not just about time, but rather, the issues that it throws up when treated as a commodity, and what that does to our notions of desire. And how to undo, re-do and repair, sewing kit at the ready, with DIY sadcore at the very heart of it.

For the uninitiated, Porridge Radio are fronted by songwriter and guitarist Dana Margolin, with Sam Yardley on drums and guitar, Maddie Ryall on bass and Georgie Stott on keyboards. Their debut album, Rice, Pasta and Other Fillers, is an absolute dreamboat of a record (please, someone, do either another vinyl run or CD reissue; finding an affordable hard copy is akin to a four leaf clover hunt on an astro turf.) Following it up was never going to benefit from factory-line production technique, and the distance between Every Badand the last album can be felt in acres of air, of breathing, of musical rests and tempo deceleration. While being so discernably Porridge Radio, this is a very different beast. If Rice, Pasta…was an angry mammal, Every Bad can be aptly surmised by the singular cover, painted by Margolin herself. 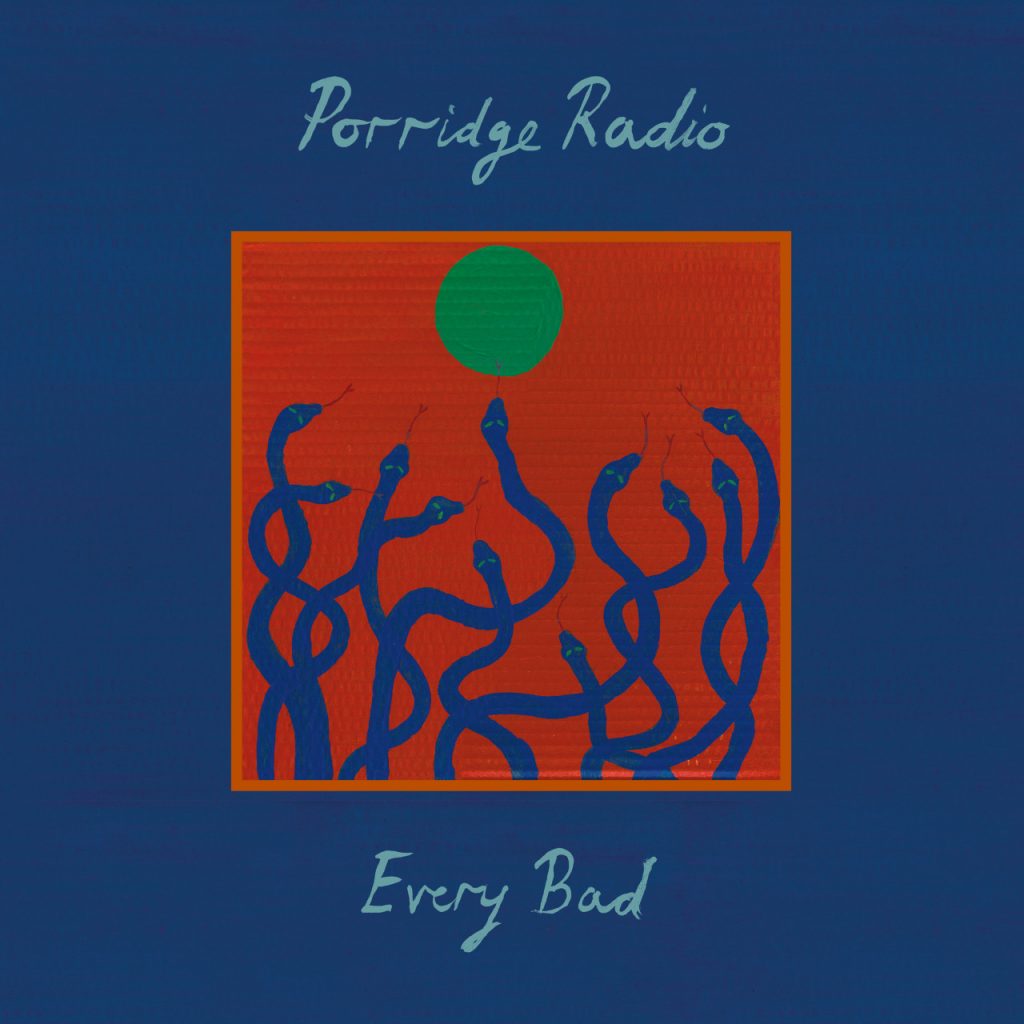 A sea of blue snakes, set against a red sky and a green sun. As the adage goes:

red and green
never to be seen
except for something
inbetween

Enter the reptiles. Slithering towards the sun, but taking their own sweet time. They are the inbetween, addressing the complexity and contradiction of relationships, in both these times and every time in the history of living beings. It is full of fear. Not epic-sized monsters, but daily anxieties that envelope a day. From lines like I woke up and I was scared  (in Don’t Ask Me Twice) to the frustration behind the feeling of being in the dark from one day to the next in Long. Taking what is seemingly a line about a brick wall monologue, but is actually synecdoche of the world right now:

nobody’s telling me anything
you’re wasting my time

Who hasn’t felt like that over the past month, at employers, at councils, at national governments? Porridge Radio clearly don’t own a crystal ball, but a record about exigency and vicissitude fits the current situation like a glove. It’s a record that questions everything we think we know for sure and breaks it down into simple yet crucifying statements of self inquiry and dilemma. And where was home to you? And where do you feel safe? (Pop Song)

It cuts to the bone with songs set on longing that hasn’t quite been realised, released or achieved its potential. It sends phantom riffs down a railway line, into the middle of a road like a rabbit caught in the headlights, adherent, adhesive to the road in fear, in purest terror:

and yet, in the same song:

The notion that reflection, introspection and retrospective can all be valuable tools in how to go forward when faced with a setback runs straight through this record.  Circling addresses this feeling head on, pins sails to the masts even. A song that feels like being on the waves, and how in order to survive, sometimes we need to submerge:

I go inside / the sea  / sometimes

Every Bad could be categorised as an album of love songs into the void. But what it asks of us is this: who is the love, what is the love, and where is the void? Is it as straightforward as Person 1 vs Person 2? Or is there a whole chasm of possibility and perspective inbetween? Is a relationship simply about two figures, or do all outside aspects contribute to the picture? And is it just non platonic relationships that hold up to this scrutiny? In these times of flux, of frightening doubt, every bond, every tie and attachment we have, is placed under the spotlight. Some won’t make the cut but others will come out, stronger than ever. And the affection we feel for not just our favourite people, but our favourite artists, is amplified. For Porridge Radio, in their own words:

thank you / for making / me happy

It’s no under-achievement in times such as these to bring people joy through intricate, complicated work disguised in poptones. Every Badis here, unintentionally, to guide us through the now. Let it in.