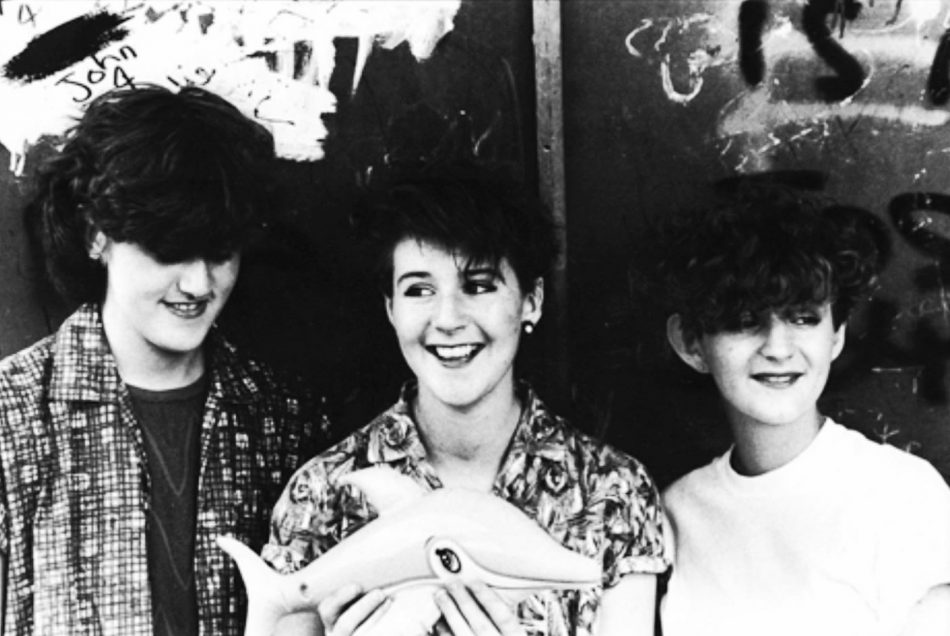 Bedsit Disco Queen by Tracey Thorn (Virago, 2013) is out now in paperback. Marine Girls’ albums Beach Party (1981) and Lazy Ways (1983) can be listened to via YouTube.

Now resigned to a daily life of social lock-down in an almost silent London,  I find that this forced containment includes undeniable anger and restrictions, and yet there are pensive pleasures and soothing intimacies to be found in remembering different timeframes and other cultural moments. I have V to thank for the recommendation. She wrote an email a couple of weeks ago, to tell me that she was reading Tracey Thorn’s musical memoir Bedsit Disco Queen: How I Grew Up And Tried To Be A Popstar, and that were was a particular chapter entitled ‘Politics Aside’ that she thought would be relevant for my own research. 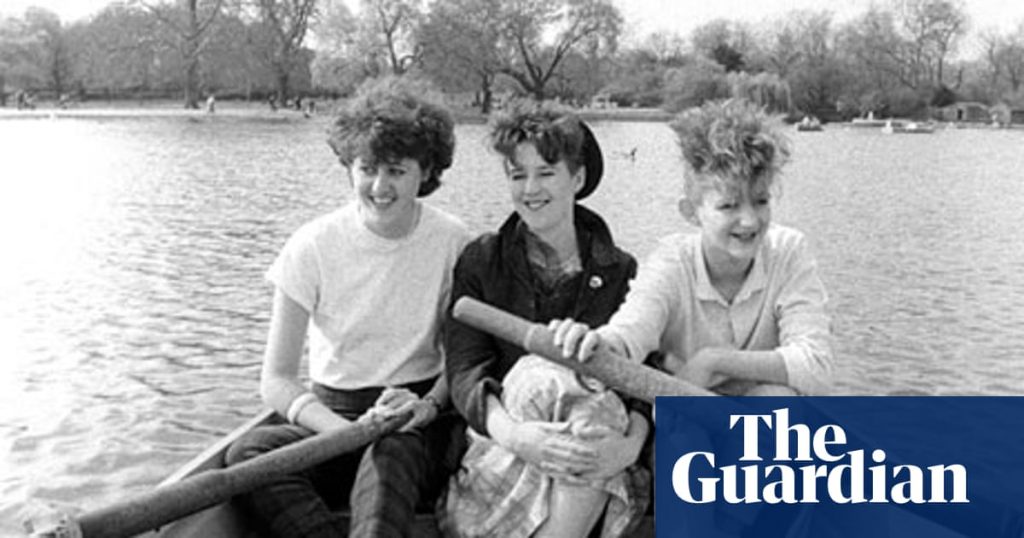 In the book, Thorn writes that, on setting up the Marine Girls with her 17-year-old friends from school, they ‘were industrious and self-motivated as any conservative parent could ever have wished for, and it simply never occurred to us that there was any reason not to do these things, or anything that could stop us’. V went onto say that this encapsulated the spirit of times. The early 1980s was a time when post-punk feminist bands like the Marine Girls formed within a matter of weeks, recording their first album Beach Party in 1981 in a garden shed. Feminist and Black film and video workshop movements flourished because none of this collective activism seemed unusual or different; because it was a time when politics, ideology and art converged. Thorn continues:

Coming of age as I did, as a music fan in the late 1970s, meant that your politics were pretty much inevitably left wing. It was a time of marches and rallies, benefit gigs, slogan badges. At the age of sixteen I went from knowing nothing about politics to being a marching, chanting, fully paid-up lefty in the space of about six months.

When Thorn published her book in 2013, Caitlin Moran called her the Alan Bennett of pop memoirists. With deadpan wit and the benefit of hindsight, Thorn chronicles her haphazard, spiky life in music with the Marine Girls and later as one half of Everything But The Girl with her partner Ben Watt (who she met via a tannoy at Hull University), and as the melancholic vocalist who sang and wrote the feminist gestural lyrics for Massive Attack’s ‘Protection’ and writer of the 1995 club-pop mega hit ‘Missing’.

More recently, Thorn turned to scoring friend des Femmes Carol Morley’s super-eerie boarding school drama The Falling (2014) (streaming on BFIPlayer), harking back to her early music forays with her school band the Stern Pops and then later with the Marine Girls. Wilfully debunking the myth of a ‘popstar’, at times more slapstick than pop careerist, her book offers an account that is not only very funny but also insightful and urgent, taking on the unequal role of women in pop whilst charting a sharp social and cultural history of UK pop music from the late 1970s to the 1990s. 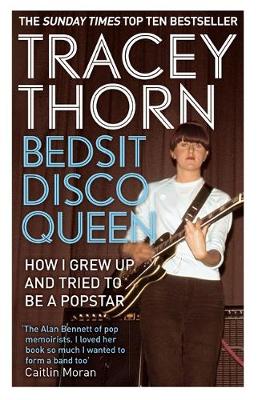 One of the strengths of the book is her steadfast memories of her lived experiences 1980s Britain, an account that runs in opposition to the glib 1980s re-runs on TV that centre an ahistorical narrative of Live Aid, The Royal Wedding and city yuppies glugging champagne while dancing with girls in pink puffballs skirts. Rather, Thorn recounts stories of collective work, including fighting Thatcher’s far right agenda with other lefty musicians in Red Wedge (there is a brilliant photograph in the book of EBTG in Red Square with Misty in Roots), memories of Rock against Racism and benefit gigs for striking Miners or Nicaragua, and turning to feminist books for answers.

There are parallels to the current moment, which has seen the return of far-right nationalism, militarist rhetoric to combat another global pandemic, and ongoing neglect of the most vulnerable communities as governments shut down and countries close their borders. The act of remembering in a time of COVID-19 might thus offer a place and space where things can happen. Cultural theorist Marita Sturken argues for memory to be considered  ‘an inventive social practice’, whether conveyed in the form of a book, a film, a song or even a collective action. These ‘technologies of memory’, she suggests, can have the capacity to create new ways of thinking about memory and its role in meaning-making in cultural production. 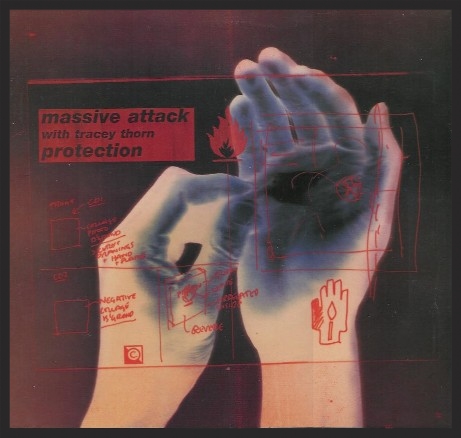 Memory can be pleasurable. A favourite moment in the book has to be Thorn’s initial encounter in 1993 with Massive Attack, which she describes as ‘hilarious and daunting’. The band invite her to sing on their second album, a collaboration that produced the epic trip hop track ‘Protection’. Meeting them for the first time, she faces a childlike, overactive, prank-fuelled boy gang who address each other as ‘Jack’. She deliberates over to what to call Daddy G, Mushroom and 3D. She writes, ‘as an outsider what are you supposed to call them? Do I call 3D by his real name Robert, or do I call him 3D, or Jack? And is Daddy G to be called Grant, or Dad, or what? In the end I take my lead from other outsiders, and end up calling them D, G and Mush. It all seems to go down OK. I kind of wish I had a nickname, too’. Thorn recounts this bizarre cultural exchange with a brilliant mix of teenage girlhood fanzine, self-doubt and cool nonchalance.

Trying so hard, trying to be, what every girl should be

Meek and mild, good with children

Not too bright and no opinions

Kind and pretty, sweet and willing, finds every party thrilling

Thorn describes the Marine Girls’ self-titled song as ‘pure feminist invective but sung as a nursery rhyme’. The band only made two albums, Beach Party and Lazy Ways. Their songs were defiant, confessional, radical, charming, punky and carefree, they wrote songs about girlhood and the boys they loved and despised, they sang about feminism and terrorism, and made strange references to the sea (which created an otherworldliness of fearless pirates that recalls Kathy Acker’s and Ulrike Ottinger’s sister pirates). It’s fun to get lost in the Marine Girls, as their DIY music recalls another time and place that continue to be present. ‘We hand-built our own universe’, Thorn recalls, and when audiences were allowed a glimpse of it, they were captivated.

Let’s have a Club des Femmes’ virtual beach party: together we can dance to the Marine Girls and keep history present to built a better feminist future. What about starting with this one?

Take a boat out for a while
You row and I lie back in style
We’ll reach the other side, you say
But we never get halfway

Featured image thanks to From Here Till Now zine, which has more information about the Marine Girls here.