The Eighth Life (For Brilka) by Nino Haratischvili, translated by Charlotte Collins and Ruth Martin, is published by Scribe (paperback, £9.99). Enter the code CC8TH at checkout to get 10% off the book at Burley Fisher Books, or check OverDrive to see whether you can borrow the ebook from your local library.

For Georgian food in London, Elhum recommends Little Georgia, who are open for contactless pick-up in Islington and Hackney. 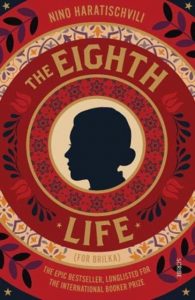 These past weeks I have been grateful to be transported back to Georgia and into its past, by a book that has given me much food for thought: The Eighth Life by Nino Haratischvili (translated by Charlotte Collins and Ruth Martin). I’ve spent more time reading it than I have spent in the country itself over the years because it is that epic. But don’t be put off by the book’s length. I was grateful for its unapologetic epic-ness: to tell the story of one family – and a region – over a century, you must take up this kind of space. It is necessary, and here are some reasons why I would love for you to read it too.

There is nothing more grounding than to be reminded that life is vast and wild and surprising and chilling and ironic and destructive and wonderful. And through this to be reminded that this is only one year, maybe two. It is a chapter in the book of our lives. We don’t yet know how defining it will be – or exactly how it will be defining. 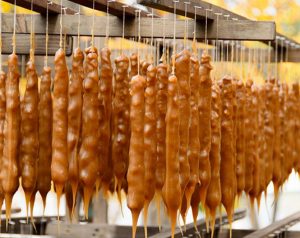 As a documentary producer, I have predominantly made work that follows a reality as it unfolds. And I have often been asked by funders a seemingly necessary question: what is going to happen in the film? I hate this question with a passion for its limited imagination. But more importantly, this to me is the indicator of an unsafe space for storytelling, because it expects a certain narrative. It needs – too much – to hold on to something. I offer this book as a remedy to the urge to understand everything as it is happening. Documentary, literature, storytelling… is the process of putting frames around reality as a way of understanding the vastness of life. But the process of placing frames is not what comes first. First, you need to experience, to listen, to look. To feel. To sit still, sometimes.

And as the wave of reality – or simply, life – washes over you, you must realise that the only anchor you will ever have is yourself.1

Let everything happen to you: Beauty and Terror.

Don’t let yourself lose me.

Nearby is the country they call life

If this feels daunting, let’s bring into focus the book’s title – The Eighth Life – which recalls the Haudenosaunee or Iroquois principle  that decisions we make today should speak to seven generations in the future.2 This principle underlines that in the present we are already descendants, as much as we are ancestors. (For Brilka) underlines this. Whatever life sends our way, we are never really alone – we are in a connected chain. At one point, Haratischvili writes of the need to trace our ancestors’ wounds in order to draw our own maps. Our compass is inherited – whether we conceptualise it or not – but to realise (from the French réaliser, ‘make real’ in the sense of making real in the mind) this, can actually give us an anchor – the anchor, perhaps. 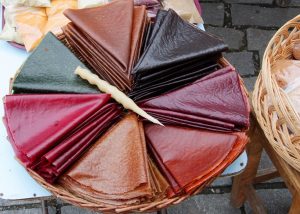 Finding anchor to weather the rough seas of life is sometimes the only baggage a migrant might carry. And what of the journey – the rough seas of life? I have often felt dismayed that the country of my birth (the UK) along with the majority of the Western and English-speaking world, fails to appreciate the value of migrants to their shores. Migrants just like my parents, whose wounds have helped me trace my roadmaps. I feel the great loss in migrant experience being so selectively valued, uplifted and celebrated (see also: regularly packaged through cultural experiences). I wonder how would we have dealt with this pandemic if we had listened a little closer over time? How much could you learn from someone who has left or lost, and rebuilt? Learnt and re-learnt? It is not new to any migrant to this country – exiled by choice or not – to live far from their loved ones. To have to communicate however they can. To celebrate and to mourn alone, apart, separate. The expression that we’re all in the same sea but not in the same boat has been coming up a lot these past months. Imagine what this country might have packed in its lifeboat if it cared to listen closer to a newly arrived asylum seeker? (Insights like stocking up on onions and garlic, rather than toilet paper, comes to mind).

What does it mean to be connected? To be connected means to be responsible to one another. By late February last year, I had already moved my office to home and was ready to stay there for weeks. My family in Iran and Italy were all beginning to take this new threat seriously, and so I did too – because having family all over the world inevitably underlines how connected we are. I had stocked up on stamps, books and hot chocolate. There is always about 5kgs of long grain rice in the house, because I am, after all, an Iranian. At the very beginning of lockdown, my first video call was with two friends in Beirut – one was sitting in candle-light because the electricity had unexpectedly cut out. A week later, a friend in Zagreb shared a picture of the contents of his covid-ready fully stocked fridge splattered on the floor from the sheer intensity of an earthquake that also damaged the foundational structures of his office space. Blunt examples of how being connected also gives perspective. 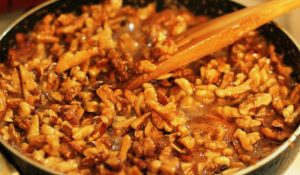 I won’t attempt any summaries of Haratischvili’s writing, of her joyous ability to draw connection and perspective – it is for you to discover the book’s abundant, longitudinal gems. But note must be made of the fact that every chapter begins with a quote. Referencing poets, political thinkers from Georgia, Russia and/or (ex-)USSR  predominantly (in themselves a significant an antithesis to the summary stories of what my school books taught me of the red century), these quotes are also a reminder of the importance of context… Like many, I am more adept at buying books than reading them, and have many books on my shelves that I imagine having read by some sort of osmosis of their physical presence in my life. This past year, now intimately acquainted with every inch of my small flat, I have also made more significant contact with some of these books – and many have astounded me. A lot of valuable knowledge is transmitted through the bite size, summary iteration – the quote. But quotes are equally merely the secret code you whisper to gain entry to the castle. I understood this after reading Virginia Woolf’s A Room of One’s Own for the first time last year; I actually was surprised to realise that it was in fact the first time I was reading it. Knowing – and thinking I understood – the famous adage, made me believe I was familiar with the whole piece of work. But Woolf’s writing is a lesson in itself – a roadmap of sorts. Seeing her trace the lines is the gift. I understood after reading it that quotes can be rich – but in context, they are more. And so as the quotes in this epic tome accrued, I understood Haratischvili inviting us to do that work, or at least inviting us to understand that this is work to be done – and I appreciate the wisdom of this gesture.3 She bestows us a heavy set of mismatched keys – each a treasure chest waiting to be opened in its own right. There is no doubt, for instance, that I will turn to Anna Akhmatova’s poetry with new eyes after reading this book. After all, what is the point of sailing rough seas unless it is to seek more.

In any other year, I may have rushed through 7 or 8 different countries. Short stops, work needs, busy busy busy. It was this energy that first took me to Georgia – my only prior knowledge of the country was culinary – but that was ample reason for me to strategise a work (i.e. “worthwhile”) reason to go as soon as the opportunity presented itself. And of course it did – because what you search for… 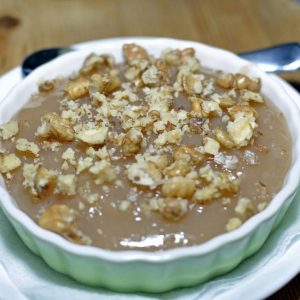 And so, at an international conference in Istanbul, some 10 years ago, I learnt how to say oh my gosh, I really could do with some dessert in Georgian, as a way of broaching dialogue in the self-service food queue with the director of a Georgian film festival. He was obviously surprised, then amused and also immediately clear on my priorities in life (food, ideally with a good story on the side). We talked film, festivals, collaborations and within a year, I was on my way to Georgia. I can attest that Georgians – much like Iranians – know how to serve up a feast, with toasts to last the length of a Sergei Parajanov film (just don’t question where he’s from or there will be no dessert 4). I travelled first to Batumi, then to Tbilisi – to teach a few film workshops, supported by the conference conveners. This is what I call ‘producing’ – making things happen.

In this past year of stillness, I’ve reflected a lot on all of this rushing around, on making, on things, on happening. On the value of enabling stories to be told (as a film producer) and framing how those stories can meet audiences (as a film curator). On many, many meetings. There can be great beauty, but there are also limits to interactions in these frames. I have to admit to myself that from my current vantage point, much of my engagement with the industry feels transactional, with a predisposition to package culture on a deadline. I don’t mean to be ungracious, for I am truly grateful for the many horizons, encounters, meetings of minds, landscapes, as well as of course the khachapuri adjarulis, nigvzani badrijanis, lobianis, and churchkhelas over the years. But I also wince at the thought of my last trip to Georgia – for a snatched total of 4 days. I’m quite sure that I spent the entirety of one of those days in my hotel room writing a funding application (if I remember correctly, it was unsuccessful).

And then a hefty tome comes along. I think what I feel is somehow sated – having spent a few weeks with a work that has welcomed me on a vast journey across a century, as much as it also accompanied me on a brief walk down the Rustaveli Avenue of my memory. And at the same time, I have that delicious pang of anticipation to walk down it again, and perhaps – finally – enough wisdom to leave the funding application at home.

And for dessert – the all-important question of sweetness, which was what took me to Georgia in the first place (khmerto chemo, me mide deserti – must be said with gusto). The question of hot chocolate is a thread that runs throughout the novel, and so investing in something unique is a must – I recently discovered Frome-based Sacred Root’s Healing Hot Chocolate (made from a combination of healing mushrooms are cacao) – which would have certainly pleased Nana, who I hope you go on to meet after reading these thoughts.

Images of ‘Georgian desserts to taste in winter’ © Georgian Journal.