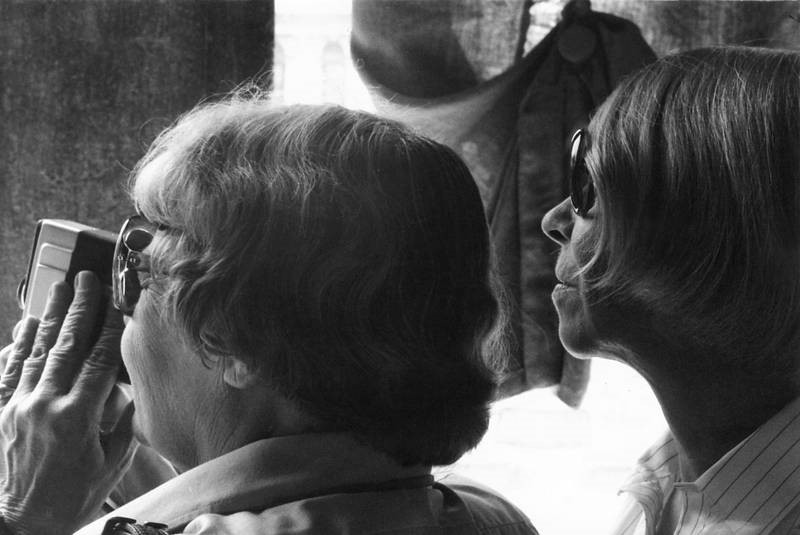 Travels with Tove is screening exclusively on the ICO streaming platform from 9-23 July. On 14 July, ICO host a panel event with Kanerva Cederström (Director, Travels with Tove), Nat Jansz (publisher of Tove Jansson’s novels and short stories in the UK) and Alison Williams (Curator at the William Morris Gallery) to discuss Tove Jansson and Tuulikki Pietilä’s filmmaking and how their lives entwine in art and love. Actor and writer Ellie Kendrick (The Levelling) will read extracts from Tove Jansson’s fiction. Book your ticket.

(This event is a new version of our Dulwich Picture Gallery event Tove Jansson: An Intimate Portrait, which took place in January 2018, curated by Jenna Mason.)

Tove (Zaida Bergroth) is in UK cinemas, with a Reclaim the Frame tour including Q&As, and on Curzon Home Cinema, both from 9 July.

Tove Jansson needs no introduction – except, as the brilliant biopic Tove, written by Eeva Putro and directed by Zaida Bergroth shows, she does. Known globally for her gleefully subversive Moomin stories, it turns out that Jansson was as subversive of the supposedly demure role of children’s author as her whimsical yet melancholy characters are of social norms like working hard. In one of her darkest stories, Moominland Midwinter (animated in 2017 as Moomins and the Winter Wonderland, with a stellar Skarsgard-studded English voice cast), Moomin finds himself terrified of the Groke, a figure of depression, who is only distracted by the appearance of a newcomer, a winter-loving stowaway in the Moomins’ boat shed called Too-ticky. Far from being reviled as an intruder, Too-ticky becomes a beloved presence – reflecting Jansson’s real-life relationship with Tuulikki Pietilä, an artist and designer. 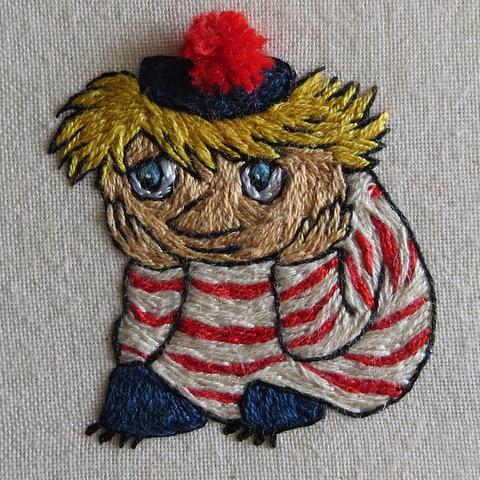 Having passed through each other’s orbits briefly since art school, Jansson and Pietilä (known as Tooti) connected at a party in 1955, and soon began to travel together as well as having apartments in the same building in Helsinki. Long before the current wave of queer and feminist autofiction, many of Jansson’s stories for adults featured characters who reflected herself and Tooti as artists and lovers. Tove ends with this relationship beginning, and while it’s exciting to think there might be a sequel, Jansson and Pietilä in a sense already filmed it, in a triptych they shot and voiced: Haru, Island of the Solitary, which focuses on the couple’s summer home on the island Klovharu; and two travel films, Tove and Tooti in Europe and Travels with Tove, both highly sophisticated versions of your favourite queer aunt’s slideshows of her adventures. And just as social: Travels with Tove was edited and scripted and recorded by Kanerva Cederström, with sound design by Pietari Koskinen and Pekko Pesonen. Cederström writes that they “are very much a product of intense cooperation with the three or four of us.” 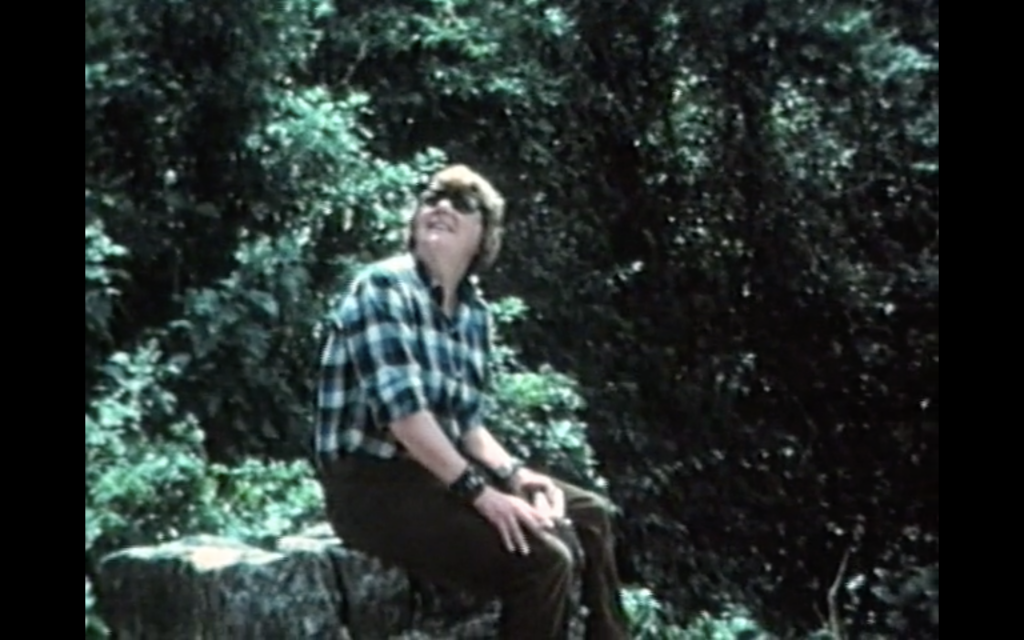 As the title of the first suggests, Klovharu is represented as creative solitude – and perhaps queer safety – in a self-made, self-sustaining, and self-sufficient world with mainly more-than-human company. Yet as Jansson’s letters make clear, the island was a very social world, with the Jansson family, visitors, neighbours, and summer tourists, as well as the endlessly companionable weather and animals. The film focuses on the Tove-Tooti dyad not because they were solitary, but because it’s a romance, an erotic comedy. Listen to how they describe the warming stove and revving boat engine as they film each other, full of playful butch code. Together, they ‘make one little room an everywhere’, as John Donne in ‘The Good-Morrow’ wrote and Derek Jarman inscribed on the side of Prospect Cottage.

And when they go everywhere, they bring that little room with them: not as a parochial container, but in the incredible, sustaining beauty of their intimacy. In Travels with Tove, the couple are very rarely seen in shot together because one of them is operating the camera. So the visual joke becomes: how do we show we were there together? It’s all paper and mirrors, like the one lovely, slow shot in which Tooti zooms in and out on their reflection in a round mirror hanging in a window. Right at the start, there’s a paper construction that reads Tove-San and Tooti-San, a neat model of their hotel in Japan that is also a knowing joke about prop-building for cinema. And it is on paper that Tove and Tooti are mostly seen together, in Tove’s drawings of them in various locations, both dressed like Too-Ticky. In one, they huddle under the bedclothes together, as cheery cockroaches scramble up the wall. The drawing captures what the camera cannot; and then the camera catches the drawing, so that the film becomes part-animated. 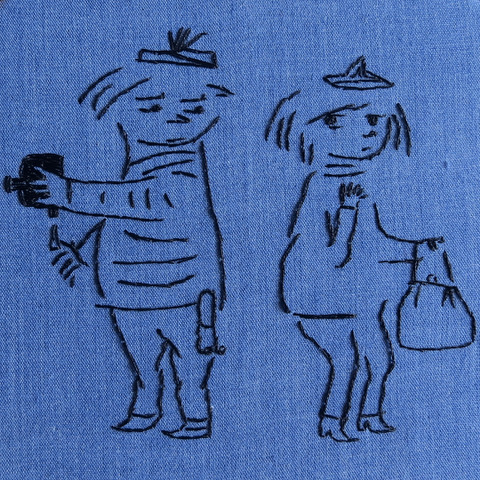 Specifically, the camera cannot catch them where the drawing does, in bed together. Tove and Tooti edited the film and recorded its voice-over in the early 1990s, watching footage shot twenty-five years previously, in the mid-1960s. Hippies! they remark, each time they encounter them, in Honolulu and San Francisco. Whether in the USA or Finland, however, their lesbian relationship was still taboo, if not outright illegal. Travels with Tove leaves us full of curiosity about how those they encountered perceived them and understood them; not every place they travel to would have had a bar like the one where their eyes meet in Paris in Tove. You intuit why they liked San Francisco – not least the opportunity to mingle with the sexual counter-culture, as they film strip club signs like THE WOFFER, showing a bikini-clad Valkyrie riding a wolf, over which Tove jokes, surreally, ‘Evelyn Waugh’. And they seem to dig Reno, a casino town in the Nevada desert, even more, and tell a story about a casino waitress who let them film in secret (yet more code?), who seemed charmed by them. Tooti wins on the slot machines, and Tove tells her to gamble it all. ‘And then she liked me even more after that’, Tove says – meaning Tooti or the charmed waitress?

It’s not impossible that Tove – a well-connected writer – might have picked up Jane Rule’s 1964 cult novel Desert of the Heart, about a woman professor who moves to Reno for two months to get a no-fault divorce, only to fall in love with the casino cashier daughter of the woman whose house she’s living in. Watching the Reno sequence, I like to imagine that Tove and Tooti are winking to us about not only their love of one of the first post-war American lesbian novels – but also its legendary 1985 film adaptation, Desert Hearts by Donna Deitch, one of the first American films to feature a lesbian sex scene. 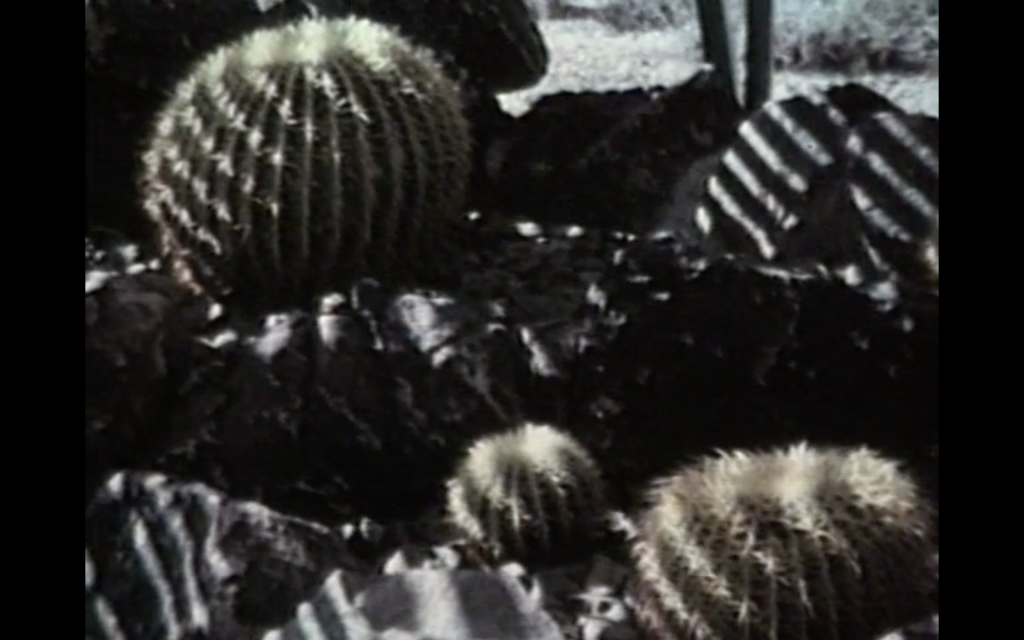 Deren in the desert, Travels with Tove.

As on Klovharu, the camera allows each of them to look at the other when they can’t be ‘in shot’ together, a delicious device that becomes a sexy third in their relationship, as Tove describes in the story she part-narrates (which is published in the collection Fair Play), about ‘Jonna, Mari and Konica’ [their 8 mm camera]. No wonder the film opens with a drawing of Too-Ticky holding the camera up to her eye. And what an eye it was. Far from echoing the cinematography of Westerns, Tooti’s slow pans of barred light over cacti and rocks – the desert heart of the film – are more reminiscent of Maya Deren. ‘Tooti is fantastic, of course, she always is – but a Travelling Tooti is something exceptional’, Jansson wrote to her friend Maya Vanni from Vienna in 1982. Travels with Tove shows the exceptional eye of a Travelling Tooti, collecting textures and desires to feed into the later fantasias of the couple’s separate creative projects. Watch for the moment that a single silk stocking in a dusty desert shop window becomes ‘a dream’, a fantastically cinematic expression of an open and playful sexuality to which queer cinema still aspires. 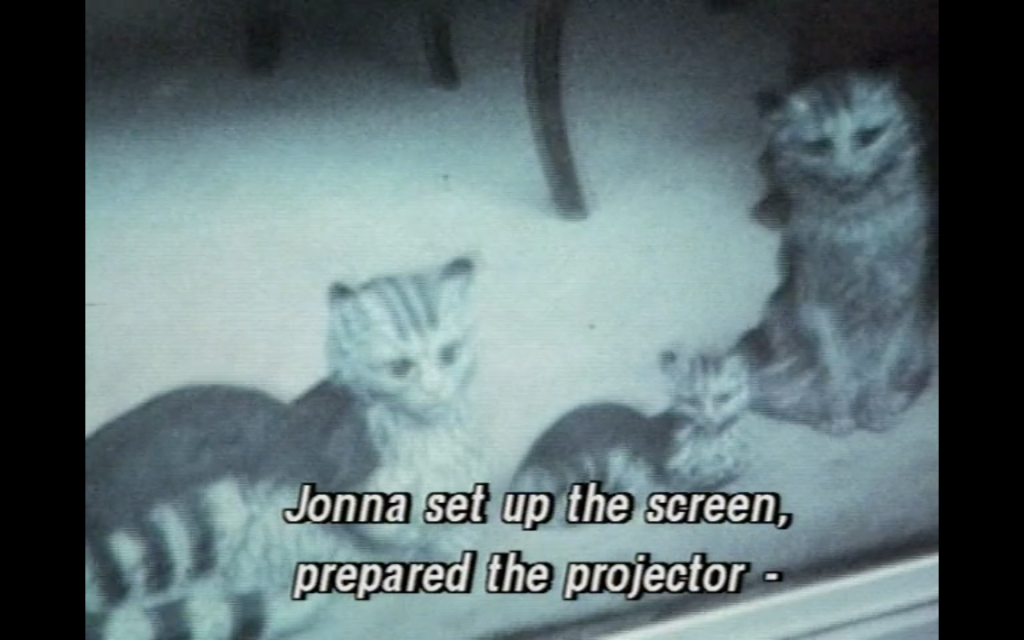 With thanks to the Independent Cinema Office for allowing us to cross-post.