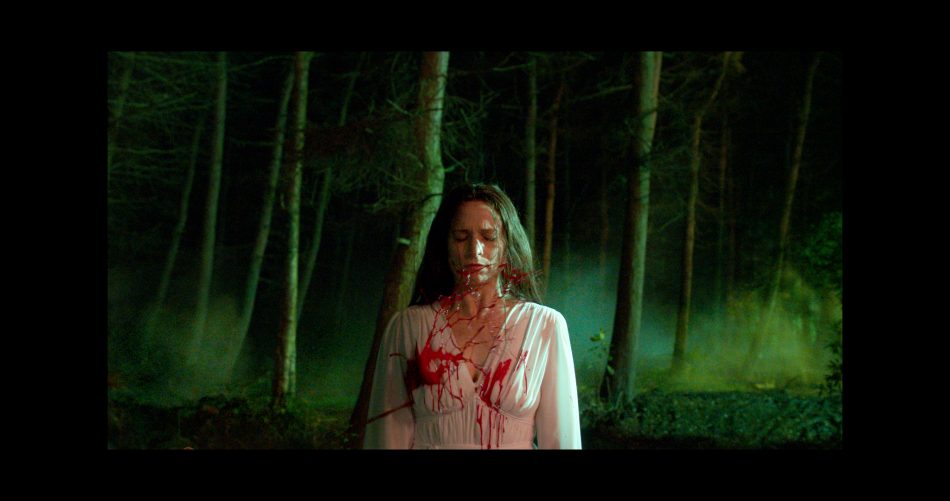 Censor is currently available to stream via MUBI as part of their programme The New Coven: A Female Horror Renaissance, and Culture Club readers can get 30 days’ free streaming. To buy the film on DVD/Bluray or for other streaming services, check the film’s Watch at Home page.

​​A month after my best friend was killed in a car accident, I dreamt the two of us stood on the edge of a purple-drenched highway, our bodies placid and a blur of cars by our feet. We stood there, waiting for nothing at all, when suddenly her hand was on a car door, her shoulders turned towards its frame, and with dread curdling in my stomach and veins I pulled at her arm, screaming at her to step away. But she wrenched herself from my grasp and was borne away along the endless stretch of road and I was left by its side, the acrid taste of fear in my throat. In the almost decade that has passed, I remember this dream more clearly than I remember her.

Prano Bailey-Bond’s video nasty-inspired horror Censor is about many things – the tension between censorship and artistic freedom, the aestheticization of violence against women, the moral panic of the Thatcher years. It is funny at times, almost camp at others, revelling in the plasticised blood and shattered bone that characterised the video nasty craze of 1980s Britain. But it is also, utterly and irrefutably, about grief, and the absurdity of seeking or even entertaining closure after life-altering loss. Enid Baines, a film censor tormented by the childhood disappearance of her younger sister, has experienced such loss. Unable to accept her sister’s likely death, she has flung herself into her job, convinced her censorship work is akin to civic duty. “It’s not entertainment, mum,” Enid says flatly. “I do it to protect people”. 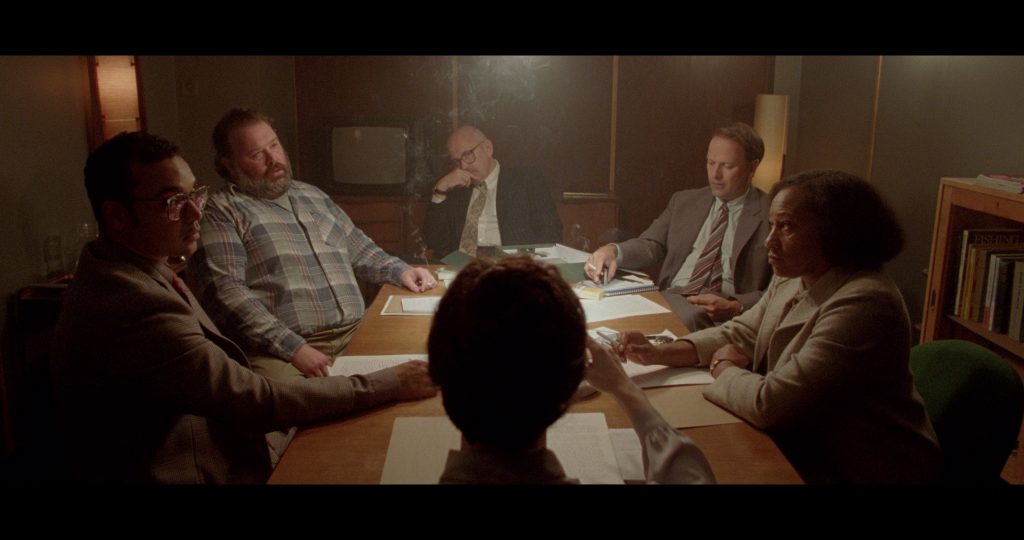 Like the threat of violence from the video nasties, grief is also a contamination, a threat of affective corruption and rupture almost too obscene to face. It is also, however, a refusal of endings. We see Enid sit in the darkened screening room of her workplace, film after film flickering before her eyes: The Driller Killer, I Spit On Your Grave, Deranged. The videos are censored, paused and rewound, cut up and apart, blood-soaked milliseconds shaved away. Something is being sought – a palatable narrative, a smoothness to the crazed violence. But amidst the ugliness, there is none; no beginning, no middle, no end. Grief, too, is like that.

In the weeks following my friend’s death, I became fixated on the Orpheus and Eurydice tale. Orpheus lost Eurydice twice over, once when she died, and once more when he disobeyed the gods and turned to face her before they reached the living surface of the Earth. The myth has been told again and again, yet as T J Meyers notes: “Of all the iterations of the Orpheus figure it’s the god-like musician who haunts us most, seeking his beloved in the Land of the Dead.” Orpheus’ legacy is not so much that he turned around – because who, in the sheer panic of grief, wouldn’t – but that he went down to the underworld at all. That, when faced with such overwhelming loss, he simply couldn’t bear it. Grief, at its purest, most stripped down form, is an act of frustrated retrieval, an act of looking and looking and returning empty. 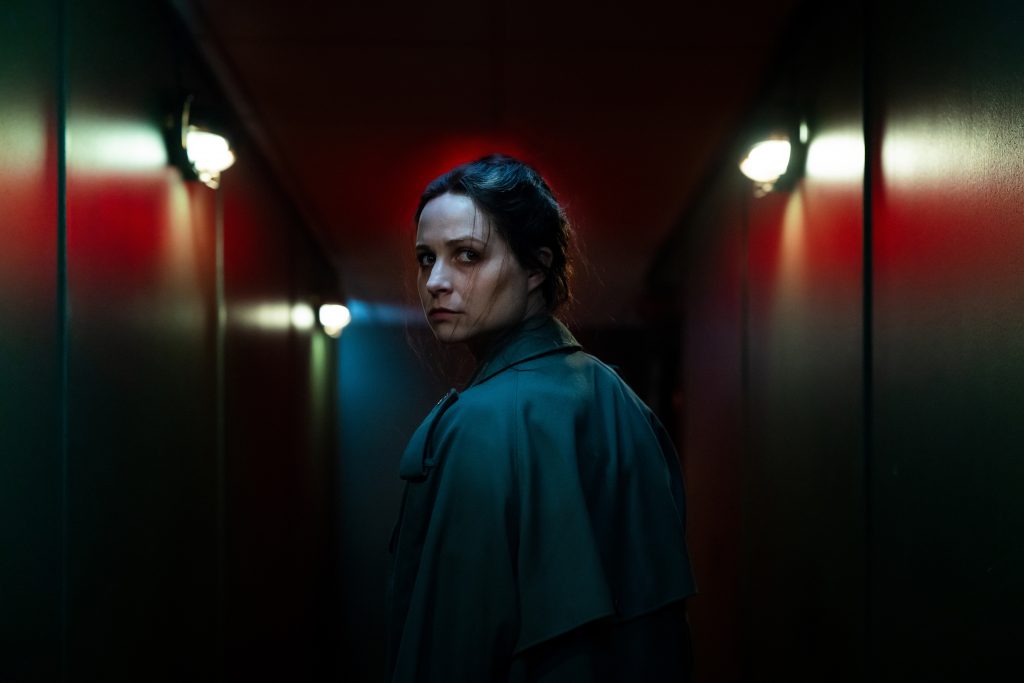 The skeleton of Orpheus and Eurydice rattles its way through Censor, as it does through perhaps all stories of grief: Enid seeks her sister everywhere, and nowhere is she to be found. Stalking through dream worlds, soaked in a hellish giallo light, Enid sees her sister’s childlike form, her face as an adult, yet she never materialises. “We need to find a way to let go,” her parents tell her. “Let go?” Enid repeats, disbelieving. Far from seeking closure, Enid delves resolutely into the underworld, shadowing passers-by whose faces are turned from hers, following the trail of a video nasty actress with her sister’s flowing red hair. As it was for Orpheus, the finality of death seems meaningless in the face of her grief. The horror of loss lingers, yet its implications are refused.

Enid’s obsession is horrifying, unnerving, pathological. But it is also profoundly honest, for there is no road out of grief. There is not even a road through it. There are just the marshes of it, stretching on forever, miring us in. Bluntly, I never got over what happened to my friend and I don’t think I ever will, and I feel sickened by the thought that I might. The intensity of the shock fades in and out but it is always somehow present, a haunting that feels appropriate in measure to the horror of what happened. How could I ever accept it? Why should I? It was a wholly intolerable event. 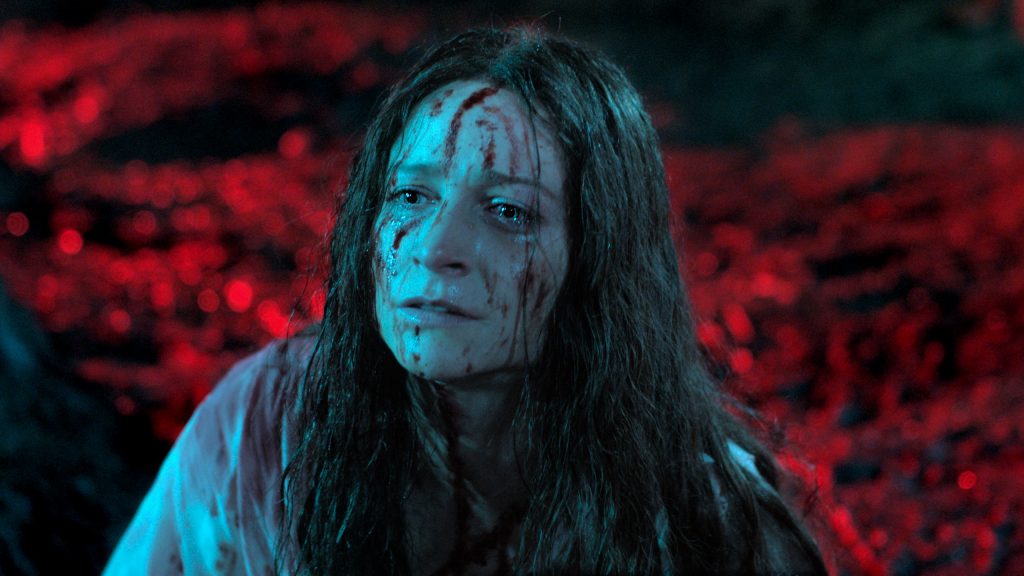 But I would see her everywhere. Her dark hair just out of sight, her smile fragmented across stranger’s faces. The boundaries between this world and the next felt porous, cobweb thin, as if she were bleeding through. In the decade that has passed, I have come to believe that it is in the tension between the expected linearity of grief – with its always-promised spectre of acceptance – and the maddened refusal of it, that haunting lies. And it is in this torn-apart space that Enid’s own ghosts linger, as she seeks and seeks and peels away the boundaries between the world we know and the one beyond.

Down into the belly of the underworld Enid goes, a hell of her own sorrow, pursuing the oblivious actress to rescue her from a decades-ago death. It is appropriate that this woman is an actress, that Enid follows her to a video nasty film set where the rigid lines between fiction and reality, affective experience and objectivity, can collapse. As Enid forges deeper to save her supposed sister from death, convinced she is held captive by a monster to the point of felling the actor who plays him with a bloody axe, Bailey-Bond uses the language of film both to disorient and to call attention to the disorientation. To the maddened artifice that grief – with its resistance to conclusion and catharsis – proffers. 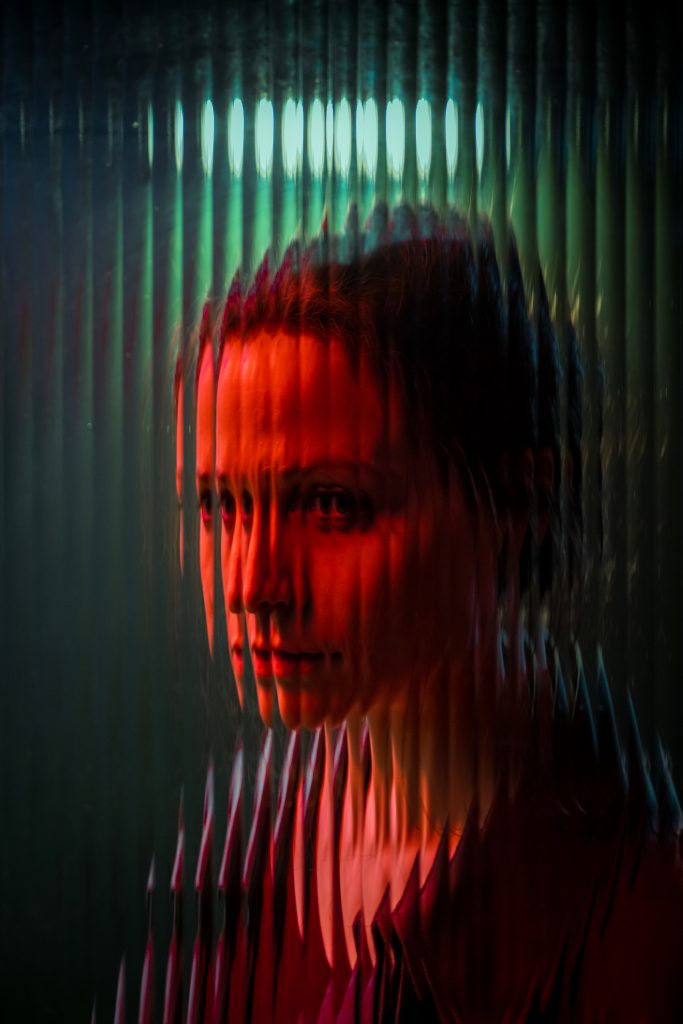 The aspect ratio stutters and narrows from 16:9 to 4:3 onto Enid’s blood-splattered form, as she descends further into the circles of hell. “Please, you have to be her, please,” Enid begs, pulling the girl into her car. They drive happily to their parents, her sister beaming behind the window: “You came back to save me,” she, (Eurydice), breathes. Enid watches her family reunite, framed by a rainbow in the sky and a voice on the radio proclaiming the sudden absence of the UK crime rate. The tableau is almost cruel in its absurdity, reinforced by the sudden flickering of the frame that reveals the actress screaming in agony, Enid’s parents aghast. Much like Orpheus, it turns out, the act of retrieval has gone awry. Because, of course, its possibility never existed.

“No one ever told me that grief felt so like fear,” begins C.S Lewis’ A Grief Observed. “The same fluttering in the stomach, the same restlessness, the same yawning. I keep on swallowing”. Stripping grief of the teleologies and comforting narratives we have built around it, Bailey-Bond’s Censor asks us to confront the violence, not of madness or obsession or abduction, but of loss itself. What would you do in your fear, she asks? What would you do to others? What would you do to yourself? When the rewind button won’t press down and the gates of the underworld are welded shut and the hope of retrieval is gone forever, what is left then but the crystallisation of horror, frozen and stuttering in the frame. 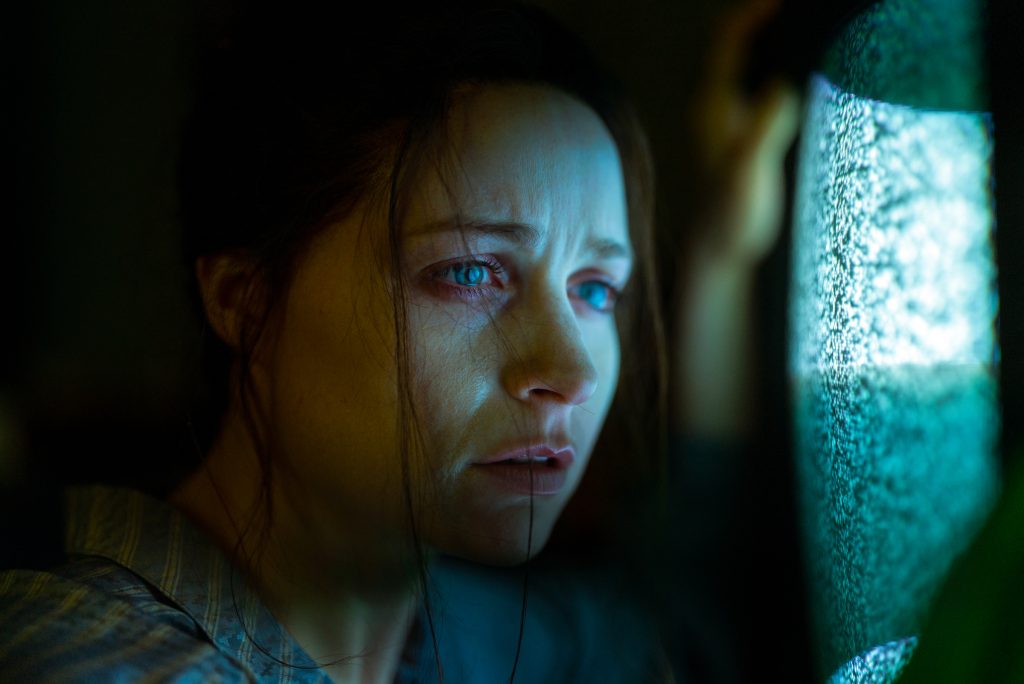