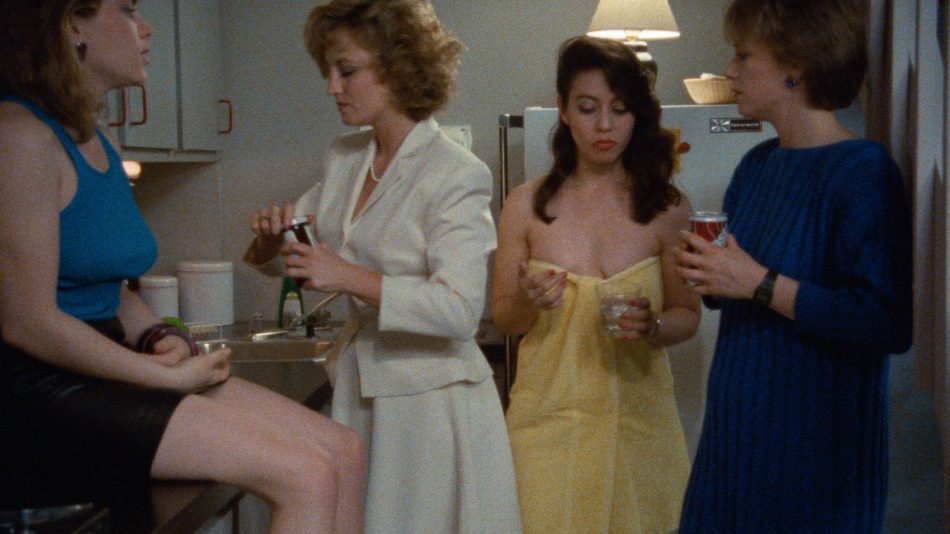 Working Girls is currently streaming on the Criterion Channel (US), along with additional videos from the Bluray release (subscribers only, 14 day free subscription currently available), and on Criterion Bluray and DVD (US). We’re crossing our fingers for a UK Bluray release some time soon!

In the meantime, you can also read our 2020 Culture Club conversation between Working Girls director Lizzie Borden and filmmaker Jessie Rovinelli.

Also: CDF solidarity and respect to Sam and all UK university and college workers who are currently striking or taking action short of strike! Learn more and support the Universities and Colleges Union fighting fund, and check out the UCU hardship fund supporting Sam and her colleagues at Queen Mary University of London. See you on the picket line!

My first paid work was a part-time job at a pick-up and delivery pizza place in a suburb of Toronto, Canada. It was in a strip mall at a busy intersection and, as a 16-year-old with a fresh new license, I would drive there in my mom’s minivan. My duties included answering phones, taking orders, making pizzas and, when it was quieter, folding pizza boxes and making dough. My colleagues were like a cast of characters from a late nineties teen film: my best friend who got me the job, the goth girl who always had boyfriend troubles, the hot guy who used to take naps on the bags of flour in the back, the slightly-too-old-to-be-working-there guy, and the 40-year-old delivery drivers who used to buy us bottles of peach schnapps. The customers were mostly faceless voices on the other end of the phone, but you could recognize the regulars by their orders. The boss was hardly ever there, though he used to call us at random times, making sure we were working, making sure we were picking up the phone.

Memories of that first job – its relationships, its objects, its rhythms – come back to me when I watch Lizzie Borden’s Working Girls (1986). On paper, Borden’s fictional representation of a working day in the life of Molly, a lesbian photographer employed at a Manhattan brothel, seems to have little to do with minimum wage jobs like the one I describe above. But, as many critics and theorists have noted, the film invites us to look at sex work not for its difference, but for its similarity to many other kinds of work, and to work more generally under capitalism. Borden refuses to sensationalize or glamourize Molly’s job, explaining in an interview that she wanted to focus on ‘the economics of prostitution’ and how to explore this visually via the ‘ritualistic exchange of goods: the condom, the exchange of money, putting the sheets on the bed’.1 While sex is represented, the camera lingers more on the minutiae of Molly’s job: the drinks trolley, the diaphragm, the linens, the condoms, the telephone, the notebook where she records each appointment’s earnings. These objects are central to her routinized labour. 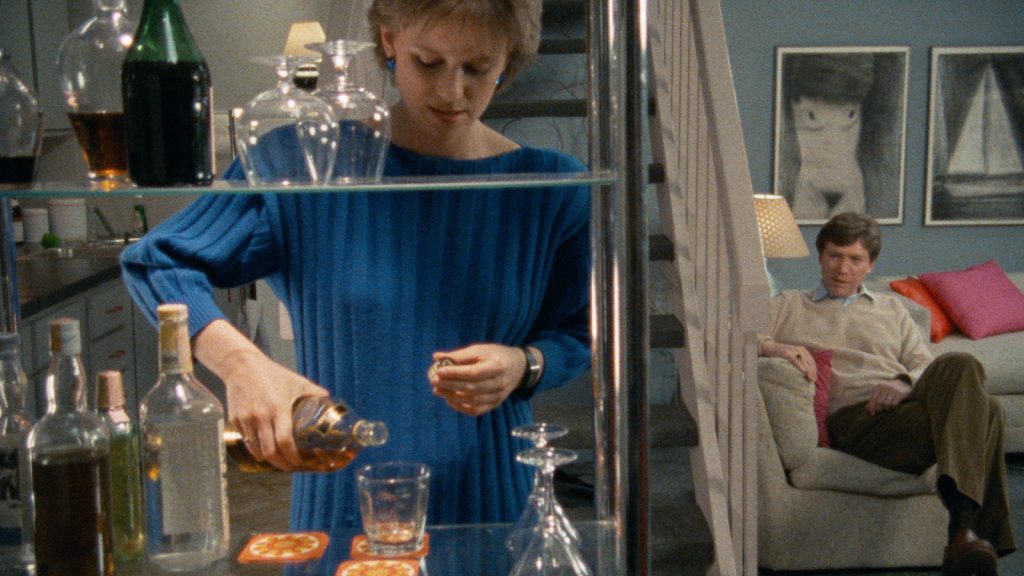 At the pizza place, there was a large pizza oven, a phone, a walk-in freezer in the back, trays of frozen dough, a large dough mixer. But the most important object was the punch card. We used punch cards to clock our hours, each employee had their own, their name scrawled across the top in our boss’ messy handwriting. The beginning of every shift was marked by sliding my card into the machine, which made a pleasing sound as it stamped my time of arrival. The punch card was a record of how many hours I worked, how many hours for which I’d be paid the minimum wage of $6.85. Only after I punched in did the work start – oven turned on, apron tied, pizza toppings unwrapped. Sometimes, whoever I was meant to work with that day would be running late and would ring the shop to get me to punch them in on time.

When Molly arrives at work, her first act is to insert her diaphragm and change into the clothes she brings – a blue dress that turns her into a woman who might work as a secretary in an office, rather than the photographer she arrives as. Molly’s colleague, the college student Dawn, who we later learn is writing an essay on ‘the peculiar nature of Communist charisma’, arrives twenty minutes late for her shift, angry at being kept late the night before. Molly tells Dawn she has covered for her, implying that the boss, Lucy, has already called that morning to check in. Molly’s first appointment is a regular who only usually pays for half an hour, but this morning he wants a full hour. Molly tells Dawn she is only going to record it as a half, a practice many of the women do throughout the day, keeping extra money where they can.

Molly’s day is busy. Clients rotate through the brothel, puncturing the possibility of leisure and rest – interrupting conversation, magazine reading, lunch. Every client is required to have an appointment, so the phone rings frequently, always needs answering. On the other end of the phone is sometimes the next appointment, sometimes timewasters who don’t make an appointment, sometimes prank calls, sometimes the boss. The women can’t leave the phone unattended, in case Lucy is calling to check on them. At one point, all of the women are occupied and, of course, that’s when Lucy calls. On busy nights at the pizza place, when the phone just wouldn’t stop, we would, exhausted, leave the phone off the hook, take no orders for a bit, risk the boss calling, steal back some time. 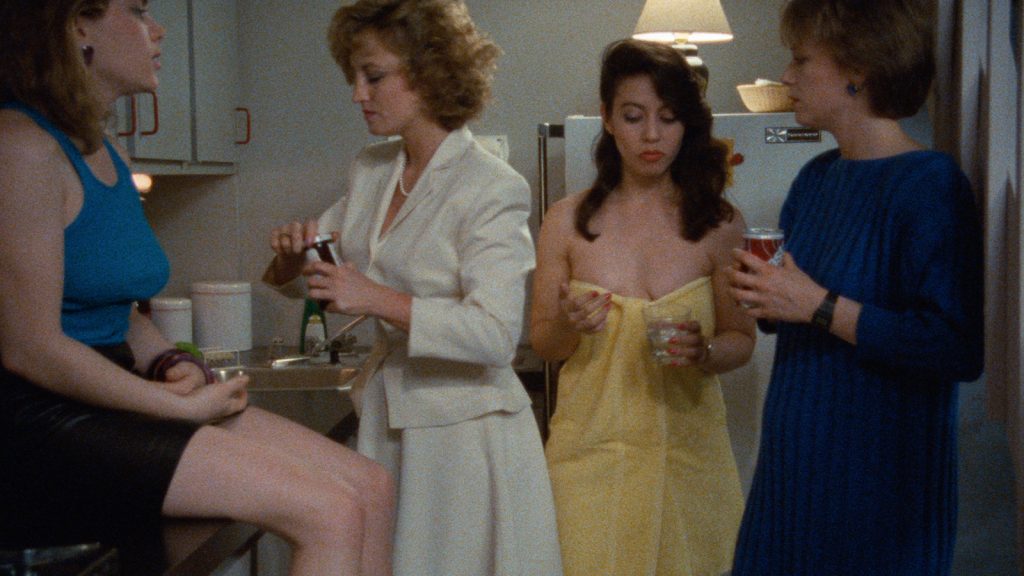 The single day at the brothel involves so many different relationships – between the women, with the clients, with the boss – all of which sit within broader structures. There is racism, such as when Lucy tells an interviewee, who is black, not to expect as much work as the white women. There is classism, in the way Lucy treats Dawn, who is coded as less privileged than the other women – or at least less able (or unwilling) to perform the middle-class respectability that Lucy demands. There is homophobia too, when one of the new women doesn’t want to perform ‘a show’ with Molly, explaining that she has always ‘been afraid of dykes’. There are the relationships with clients, whom the women have nicknames for, and whose preferences and desires the women mock amongst themselves. Some clients are easy, some are demanding, and some are misogynistic – one of Molly’s regulars calls her a ‘whore’ and takes pleasure in being able to do so.

Lucy, the manipulative boss, emerges as the film’s villain. She is derided by the women for the way she performs superiority, and for her expectation that the women should feel grateful to be working for her. Lucy tells them how much worse it could be, what other brothels make women do. She tells them she keeps them safe, healthy. Towards the end of Molly’s shift, Lucy asks her to stay and work the evening shift as well. Molly tries to refuse but Lucy pleads for her to stay, listing all the favours she does for her, all the ways she treats Molly so well. Molly is meant to feel like she owes Lucy something for this treatment. It is manipulative logic that erases the structures of power that they work within – it erases the fact that Lucy profits from Molly’s labour, that good working conditions shouldn’t be a privilege. At the end of her double-shift Lucy tells Molly that ‘it wasn’t so bad, you made a lot of money’. Molly responds that Lucy means that she made a lot of money for her, before asking, hands on hips, ‘have you ever heard of surplus value?’

Once a month at the pizza place was ‘Crazy Tuesday’. I can’t quite remember the deal on that day, but it was good enough that everyone had to work those days, nearly non-stop. We worked like a factory line, cheesing and saucing the dough, throwing pizzas in the oven, slicing then boxing them up. Our boss was always there on Crazy Tuesdays and he acted like it was a party, the best day of the month. The only break we’d get was when he ordered us dinner – always Kentucky Fried Chicken. Tuesdays were ‘Toonie Tuesdays’ at KFC and he would buy each of us a $2 meal, presenting this gift to us as if he were a benevolent god. On Crazy Tuesdays we were meant to really love our job, and to really love him. He seemed to forget that no matter how busy it got, we made the same amount of money. It was only him who profited. We didn’t share his pleasure; we were just exhausted.

In many ways the film resists and refuses pleasure. Borden, like many feminist filmmakers in the 1970s and 1980s, challenges the norms of cinema in Working Girls, by not offering up the women’s bodies to be voyeuristically consumed. She has stated that she wanted to show the women as they might see themselves, not as they might be seen by the male gaze. Theresa de Lauretis notes that Borden ‘de-glamourized’ the female body, ‘de-fetishized it, de-voyeurized it, making it into a functional, working body as opposed to a site of sexuality and domination by the gaze’.2 This recoding of the female body is a challenge to the norms of cinematic pleasure, a feminist reframing that turns the sexualized body into a labouring body. But being a working body also has its problems. 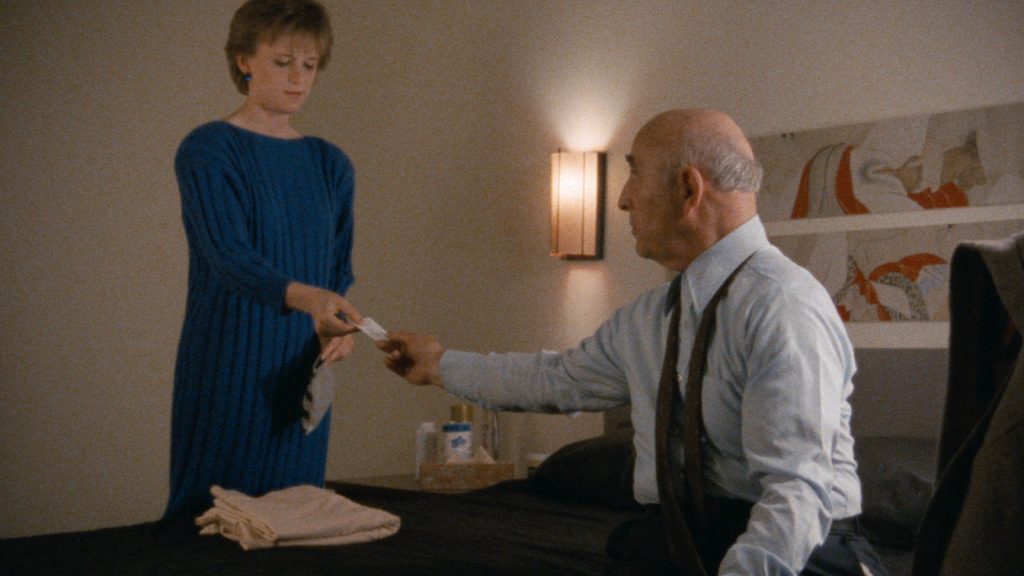 Towards the end of her shift, one of Molly’s regulars tells her that he ‘really likes’ her. I’m struck by this moment, this line, every time I watch the film. His pleasure in this scene is contrasted with Molly’s exhaustion. We know Molly wants to go home to her partner, and we know Molly has been manipulated into continuing to work. The line, the scene, pulls me into what it feels like to be a worker, to be completely unseen for who you are, and to be doing an excellent job of bringing pleasure and money to others. Molly does not really like her job. Not because it is sex work, but because it is work within a system that exhausts her, depletes her, and by which, through her labour, ultimately, it is her boss who profits the most.

Molly quits at the end of her shift. She gets on her bicycle, rides home through Manhattan, the biggest smile on her face. She’s heading home to her partner, to her photography, to herself. Pleasures that sit just out of the frame. I recognize that feeling of freedom as she’s cycling home. The feeling of your body working just for you. And I’m left thinking about work, about the pleasures available under capitalism. The phones left off the hook. The quiet moments of rest. The money stolen back. The solidarity of colleagues. The end of the day. The possibility, the hope, that you might never need to go back.