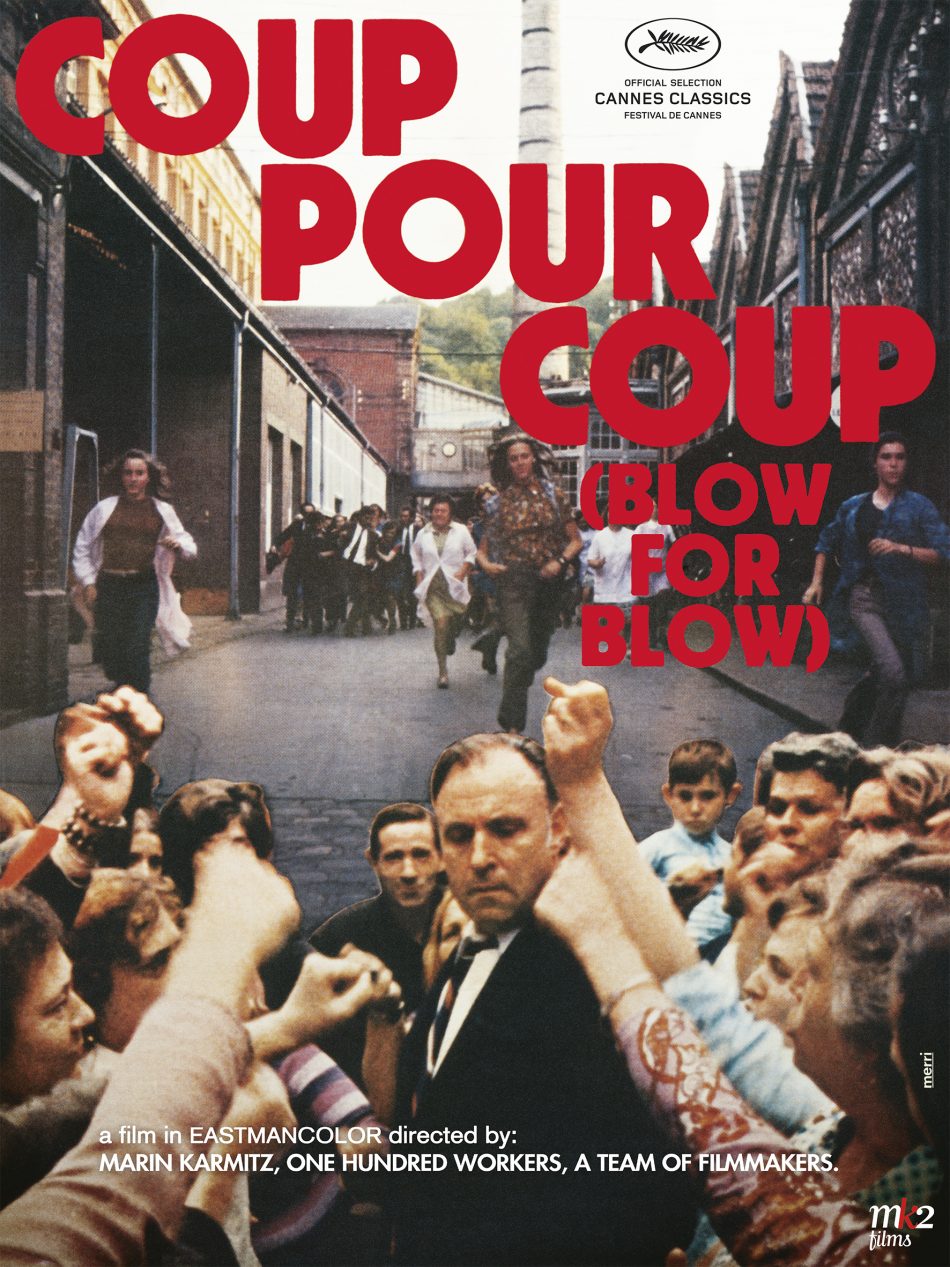 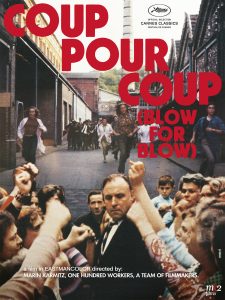 From 12-17 May 1980, an early iteration of Rio Women’s Cinema programmed ‘A Festival of Films’, a six-day festival framed around the theme of film as an expression of feminist consciousness. The festival included a selection of Hollywood ‘women’s films’ including Klute and Christopher Strong and international feminist filmmakers such as Marta Meszaros and collectives such as the London Women’s Film Group who were working with limited resources and fighting for distribution. Most of the films were directed by women but there were also socially conscious, political films directed by men, Blow for Blow (Coup pour Coup) made by mk2 films founder Marin Karmitz was one of those films. In 2018, the film’s 2k digital restoration was presented in Cannes Classics, we are delighted to be presenting the UK premier of the 2K  DCP restoration.

Taking the themes of protest, solidarity and power and linking political and environmental histories of May ’68, the Women’s Liberation Movement and the Women’s Peace Camp at Greenham Common we have re-imagined a new film programme presentation of Blow for Blow, screening with Hey Mack by Tina Keane. Arrive early to catch Anne Robinson’s new film loop Fellowship that explores the possibilities of queer and lesbian feminist resistance at Greenham in the 1980s. 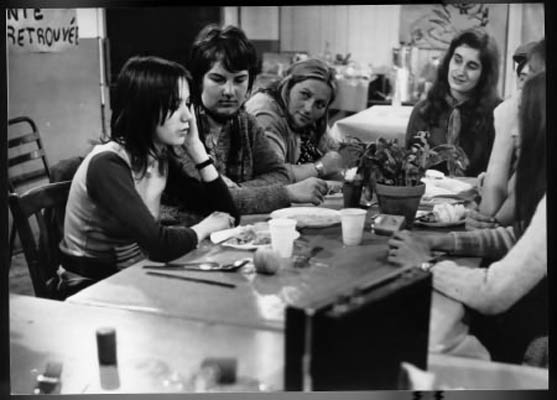 Although this is a fictional account of an occupation of a clothing factory, many of the women taking part in the film had themselves experienced similar strikes. A very moving and exciting film in which victory comes to the women after much struggle and they gain a new sense of solidarity and power. The only print available is very worn but even so it is still well worth seeing. Rio Women’s Cinema, 1980. 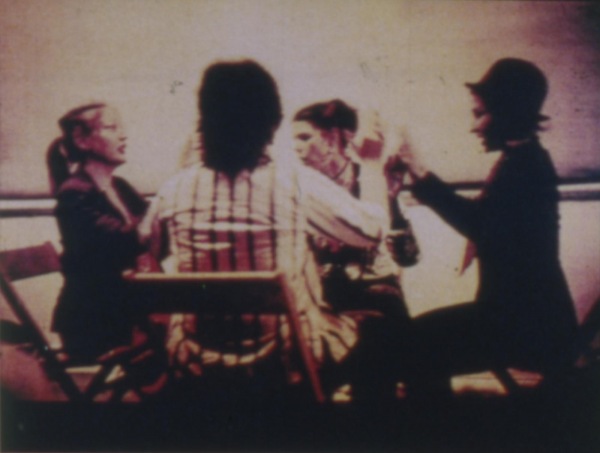 Image courtesy of Cinenova and the artist.

New York trucks, both menacing and toy-like, over feminist performance group Disband in songs of political and environmental declamation. ‘The film works on a juxtaposition between what we think is very macho and these women who, through their songs and the way they sing them, getting louder and louder, manage to dominate the image’ Tina Keane. 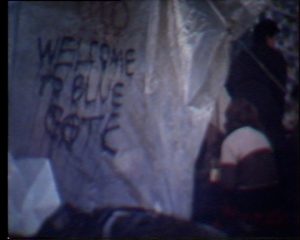 This is an extract from my 1984 film Royal Fellowship – the title from Charles Sargent Jagger’s  war memorial at Hyde Park Corner: ‘Here lies a royal fellowship of death’,  seeing under the greatcoat to the body of a fallen soldier – his hand gnarled, skeletal.  I was haunted by these statues: all the soldiers, monuments…dead men in our cityscape and  the importance of turning war to narrative to keep the hero myths rolling on… I was also at Greenham, filming there as feminists took on the might of the biggest military-industrial complex in the world – clipping the fence weathering abuse and dancing on the silos – but also exposing the presence of these lethal armaments in our landscape – again we were surrounded. As a film loop now, these reflections seep through into the contemporary world.. along with the women’s voices shaking the fence, undercutting the military presence. (Anne Robinson)

‘War has entered uninvited into our homes and taken up residence…’ (Bourke, J. 2014, Wounding the World,  London: Virago, p12)

Did you come to women’s film and video screenings at the Rio in the 1980s? Were you a member of the Rio Women’s Cinema or the Women’s Media Resource Project? If so, we want to hear from you! From 22 February – 30 May 2020, we will be facilitating a series of feminist re-imaginings, re-screenings, archival activations and reflections at the Rio.

Please get in touch to take part in this vital project which aims to keep feminist moving image history present and future-looking: hello@clubdesfemmes.com