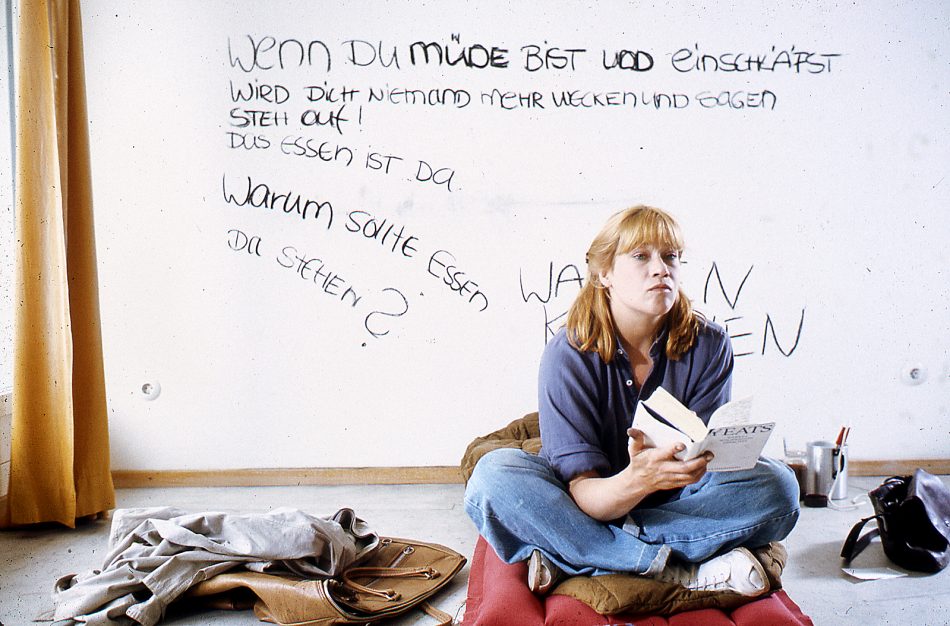 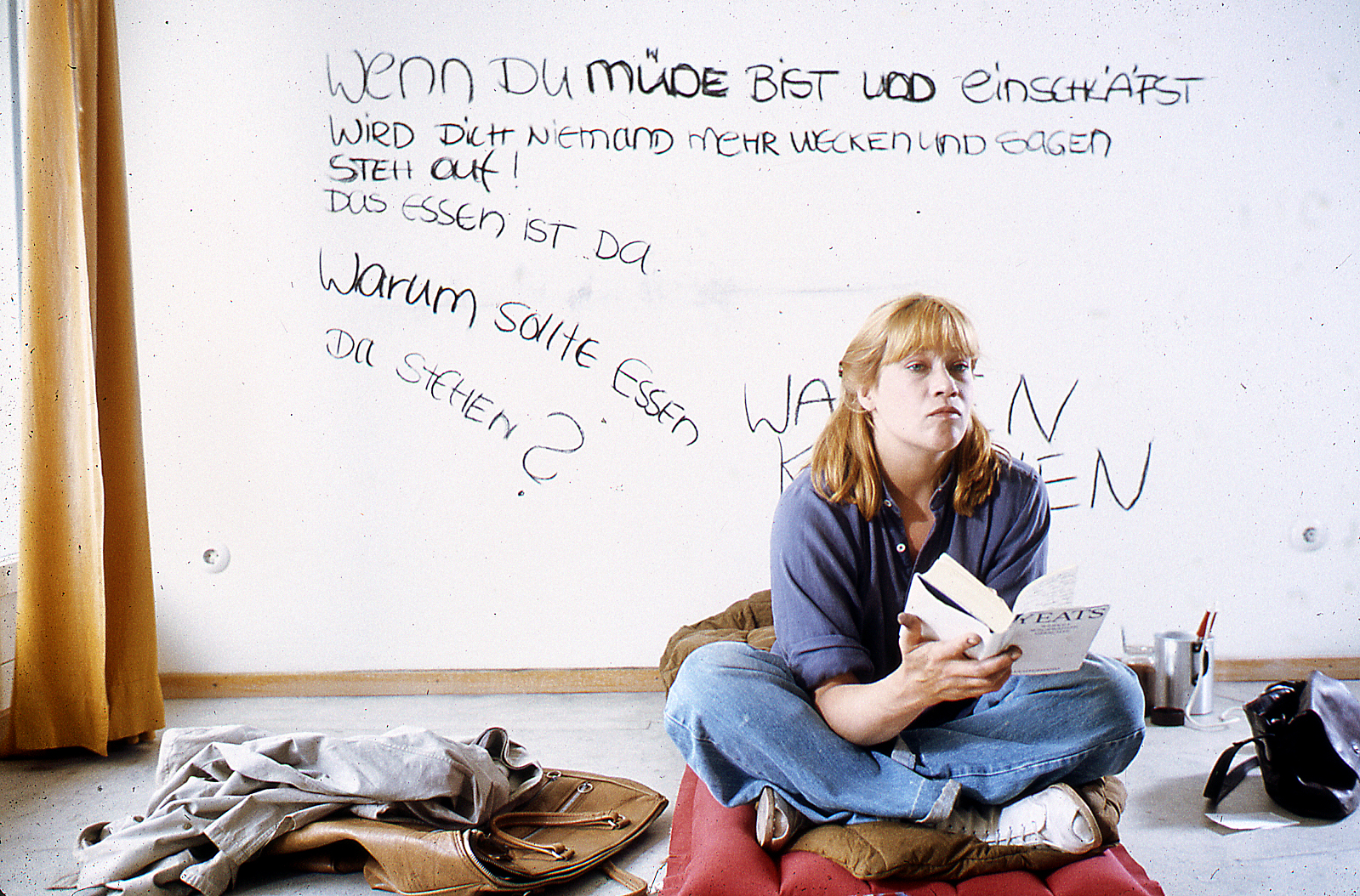 PROGRAMME 1: The Personal is Political

Veteran West German filmmaker Margarethe von Trotta’s films were inspirational and firm favourites at the Rio throughout the 1980s. Programmed by the Women’s Media Resource Project, von Trotta’s directorial debut marked her out as one of the key women writer-directors of the New German Cinema movement. Screening with a one of Leeds Animation Workshop’s most explicitly feminist shorts, this programme, rooted in the politics and activism of the Women’s Liberation Movement, shares an urgent and visceral feminist language of that came to be defined as ‘the personal is political’, screened at the Rio on 28th August 1985.

THE SECOND AWAKENING OF CHRISTA KLAGES

A female Robin Hood (Tina Engel) robs a bank to pay for her daughter’s day-care with the help of her lover. On the run, she is pursued by the police and more ambiguously, by the bank teller (Katharina Thalbach) she held at gunpoint.

Christa Klages…is an acutely observed reflection of von Trotta’s favourite theme: the powerful and often mysterious psychic bond among women. Shot on a shoestring budget, her film is one of a handful of contemporary films responding to the events surrounding the Baader-Meinhof Gang, a topic von Trotta often returned to in her later work. A fascinating and immensely compelling and often humorous drama, it juxtaposes female relationships, considerations of sisterhood with the troubling uses and effects of violence. 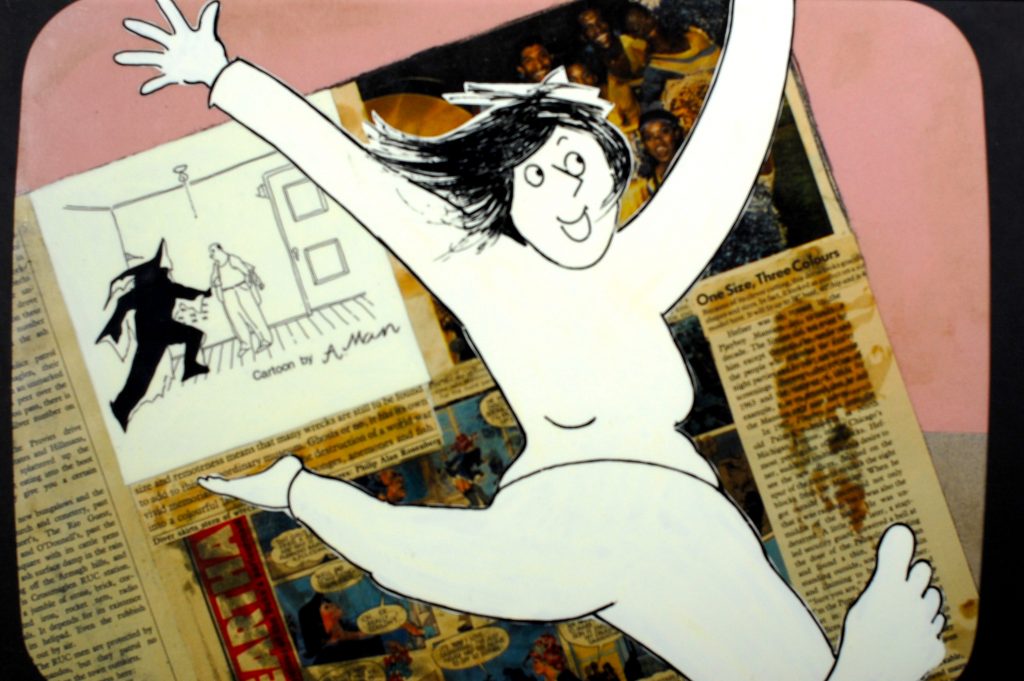 GIVE US A SMILE

Shows the effect of the harassment women live with every day, ranging from ‘street humour’ and media stereotyping to actual physical violence. The film was made by women who lived in Leeds during the 1970s and early 80s, when a series of murderous sexual attacks by the so-called Yorkshire Ripper led to a virtual ‘curfew on women’. In response, the many women’s groups already active in the area decided it was time to put their own point of view.

The film’s criticism of mass media, sexual harassment, and the objectification of women, as well as the solutions it suggests, are as relevant and thought-provoking today as when the film was released 35 years ago.

Selina’s PhD research sets out to remember through creative practice a cultural history of intersectional feminist moving image exhibition in 1980s London, with a focus on the Rio Cinema.

Did you come to women’s film and video screenings at the Rio in the 1980s? If so, we want to hear from you! From 22 February – 30 May 2020, we will be facilitating a series of feminist re-imaginings, re-screenings, archival activations  and reflections at the Rio.

Please get in touch to take part in this vital project which aims to keep feminist moving image history present and future-looking: hello@clubdesfemmes.com