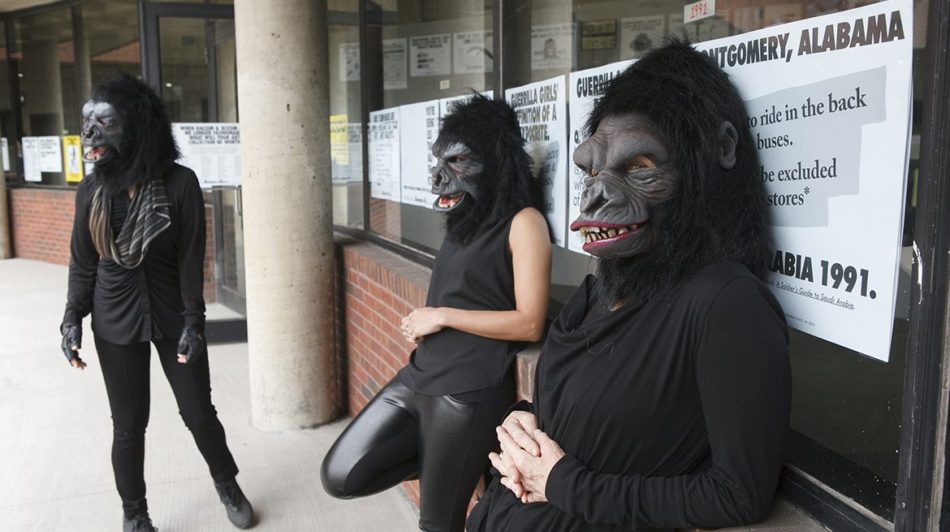 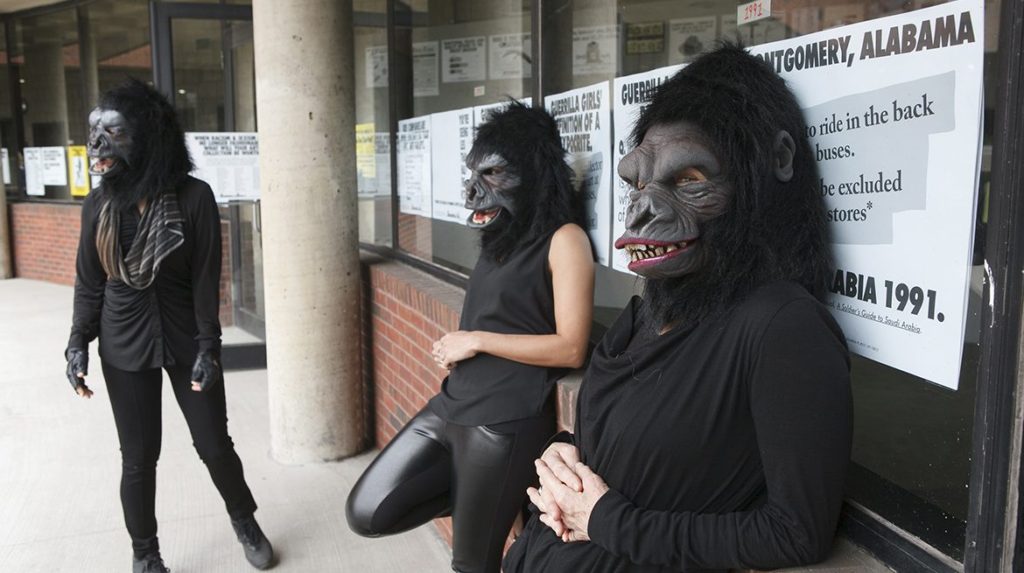 As part of the Whitechapel’s ongoing Guerilla Girls exhibition: ‘Is it even worse in Europe?’, CdF will be introducing these two awesome films about feminist performance artists. Happy #IWD 2017!

Guerillas In Our Midst

Guerillas In Our Midst presents a savvy exploration of the machinations of the commercial art-world during its boom in the 1980s, and brings the Guerrilla Girls to the screen. This anonymous group of art terrorists has succeeded in putting racism and sexism on the agenda in the art-world since 1985, and their witty and creative tactics have changed the face of political and cultural activism. Interviews with key figures in the Manhattan art scene, record-breaking auction sales, exhibition openings and interviews with the Guerrillas Girls themselves combine to highlight how the myth of the heroic male painter is perpetuated. (Women Make Movies catalogue)

Clare Hunt & Kim Loginotto’s cult study of Hanayagi Genshu, a Japanese feminist and avant-garde dancer and performer, who has spent her life defying her conservative culture’s contempt for independence and unconventionality. She denounced Emperor Hirohito as a war criminal,  stabbed her sexist teacher and dismissed death threats made against her by right-wing groups. “You mustn’t be eaten by the kimono,” says Genshu, making reference to the traditional Japanese dress designed to restrict movement for women, “You must eat the kimono, and gobble it up.” (Women Make Movies catalogue)