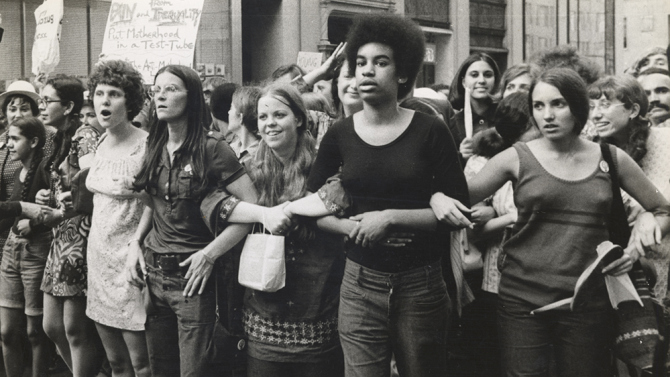 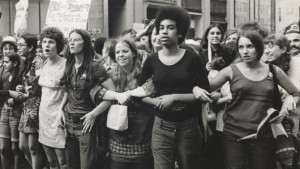 She’s Beautiful When She’s Angry resurrects the buried history of the outrageous, often brilliant women who founded the modern women’s movement from 1966 to 1971. The film takes us from the founding of NOW, with ladies in hats and gloves, to the emergence of more radical factions of women’s liberation; from intellectuals like Kate Millett to the street theatrics of W.I.T.C.H. (Women’s International Conspiracy from Hell!). Artfully combining dramatisations, performance and archival imagery, the film recounts the stories of women who fought for their own equality, and in the process created a worldwide revolution. The film tries not to romanticise the early movement, but dramatises it in its exhilarating, quarrelsome, sometimes heart-wrenching glory, neither does it shy away from the controversies over race, sexual preference and leadership that arose in the women’s movement. It captures the spirit of the time – thrilling, scandalous and often hilarious.

“One of the year’s best films. An urgent, illuminating dive into the headwaters of second-wave feminism. Wise, moving, upsetting, and sometimes funny. That defiant sisterhood changed the workplace, our sexual politics, our language.” Village Voice

“Exceptional. Bristling with the energy and insight of one of the most important social movements of the 20th century.” Los Angeles Times

“Visionary and heroic.” The New Yorker

“She’s Beautiful When She’s Angry is a great reminder that feminism is not just for straight, white women, and this documentary is proof.” After Ellen