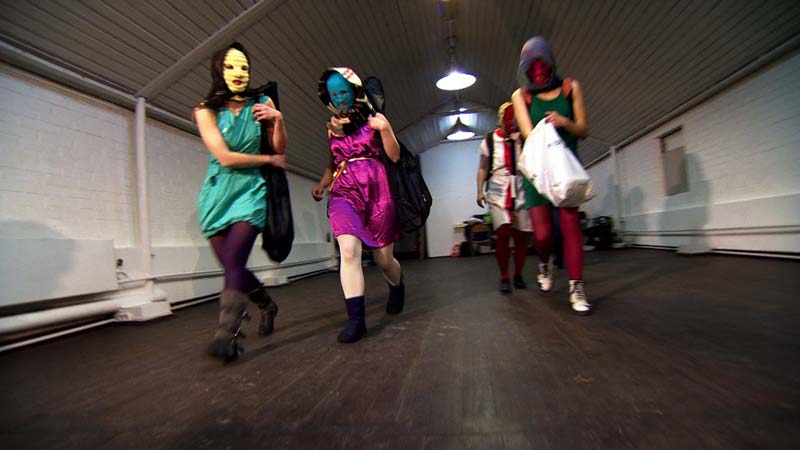 Feb 2012: Pussy Riot played a gig in Moscow’s main Orthodox cathedral. In March Maria Aleknina, Nadezhda Tolokonnikova and Ekaterina Samutsevich were arrested by the Moscow police for ‘hooliganism on grounds of religious hatred’ and sentenced to two years in prison.

Despite international protests from Patti Smith, Bill Clinton and Madonna, two out of the original three continue to remain in prison. Filmed over six months, Lerner and Pozdorovkin managed to gain astonishing access to the courtroom as the women’s show trial was unfolding. Reviled by much of the Russian public, the film investigates the real people behind the balaclavas and what transformed these women from feminist activists into modern icons.