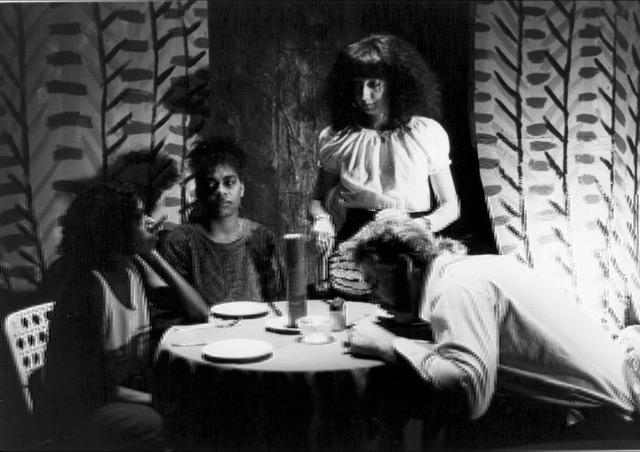 The neon lights of Sydney’s Kings Cross act as lurid guides for our three “nice colored girls.” Out in search of a Captain – a drunk white man they can take for a ride – their existence relies on their successfully navigating the rules of a game called postcolonial inequality.

Tracey Moffatt, a photographer and artist, proved herself in an instant as a filmmaker with this short film. Fierce and to be reckoned with, here she simultaneously dismantles the structural and systemic racism inherent in 1980s Australia whilst yanking ethnographic modes of documentary filmmaking from their soap boxes and adds a sustainable fuel (before sustainability was even a thing) to the raging history wars of the time.

In short: she’s a badass, and this film didn’t just break ground, it broke free from oppression, too.

It absolutely brims with delicious dichotomies, each one deftly stoking the fire to illuminate the perverse world that will not provide for and yet still expects Indigenous women’s survival. Refusing to paint her protagonists as victims, Moffatt makes her girls signals of embodied being against a continuity of exploitation.

The film is umami: Moffatt gives us sweet tang in the “nice” girls of the title, cut in contrast with the “nasty” girls of the 1982 number one pop song she employs, Vanity 6’s Nasty Girl. Far from being about sex, the film reveals how sexualised bodies have historically been used as items for white pleasure and how they are now contested spaces, their owners expected to seize leverage for agency and survival.

Moffatt also has these bodies wear white, signalling their veiled subsistence and the visual codes that cloak Aboriginal history.

Playing with narrative as a way of disrupting the dominant discourse, Moffatt’s film comes to life with subtle humour and acerbic wit. Black and white portraits of calm beaches so “discovered” by white settlement jar against the city’s thrumming nightlife and its obscenity of excess while the women laugh outwardly. It is the unusual device of onscreen text that is used to share the women’s inner thoughts, which tells us how in this absurd game they are able to keep score: in using the trickery the white man brought with him to these nice colored shores.