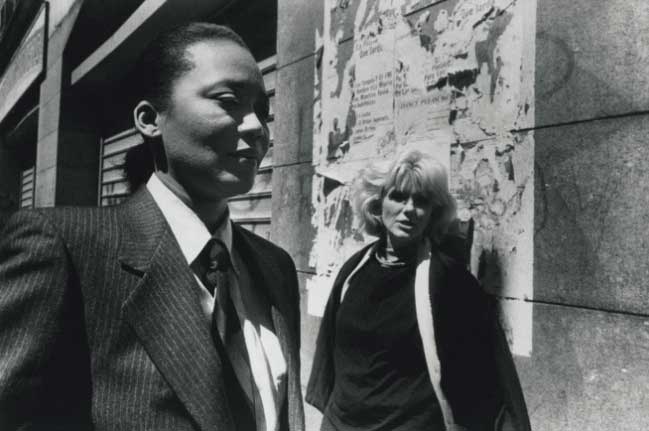 Imagine if you looked up your favourite film online and found… nothing. That’s the case for far too many classics of feminist film.

This is a chance to further and exchange knowledge of feminist film and film theory. Bring a laptop and determination to shape history. A closed workshop will take place before the Friday Salon to post entries on Wikipedia.

Book for the Friday Salon

Screening: She Must Be Seeing Things

With an introduction by Selina Robertson from Club Des Femmes.

The Salon is followed by a screening of Sheila McLaughlin’s rarely screened lesbian classic drawing themes from her own life, McLaughlin explores the complex and emotional commitment of Agatha (Sheila Dabney), a lawyer and her girlfriend Jo, a filmmaker (Lois Weaver). While Jo is out of town, Agatha becomes convinced Jo is cheating on her with a man. Revelatory for its representation of a new lesbian desire, a politicized eroticism that mirrored the burgeoning butch/femme scene at the time, the film was attacked by anti-porn feminists as it arrived at the height of the feminist ‘Sex Wars’. McLaughlin, together with Lizzie Borden and Bette Gordon, formed part of a small school of New York independent filmmakers that explored issues of gender and sexuality that had not until that time been addressed by Third-Wave Feminism, paving the way for future queer representations.

Ticket Offer: attend both the Feminist Film Friday Salon and She Must be Seeing Things screening for the reduced price of £10 / £8 Concessions / £6 ICA Members.

Book for the double bill

In partnership with the University of Kent and ICA