Our new film tour Revolt, She Said: Women and Film after ’68 reflects on the volcanic change following the events of May 1968, sharing intersectional, queer and feminist stories of revolution. These stories are inspiring and disquieting to this day. One hundred years since the first women got the vote in the UK, fifty years since the protests of May ’68, where is the feminist revolution now?

Revolt, She Said is distributed by the fantastic Independent Cinema Office, and was covered by media including Sight & Sound and the Guardian: read all about it!

We’re proud to present six national flagship events with panels of local feminist speakers, in Glasgow, Sheffield, Nottingham, Bristol, Cardiff and in London with the London Feminist Film Festival, plus two special presentations with the Lexi and the BFI.

Look out for our free Revolt, She Said zine at all participating venues – and help yourself to a free digital download here. For now, click on the film titles below for new essays by friends des femmes on our key films, and read our introductory CDFesto:

May ‘68 in France expressed a fundamental version of freedom: not freedom to succeed, but freedom to revolt. Political revolutions ultimately betray revolt because they cease to question themselves. Revolt, as I understand it – psychic revolt, analytic revolt, artistic revolt – refers to a permanent state of questioning, of transformations, an endless probing of appearances.

These films come from A PLACE OF RAGE – and DAISIES. We want roses too, after all, or: SHE WANTED GREEN LAWNS and a revolution she could dance to. ONE SINGS, THE OTHER DOESN’T but both know new answers to the RIDDLES OF THE SPHINX.

This is not about a Strong Female Protagonist, it is about NICE COLORED GIRLS acting in concert. How could we CARRY GREENHAM HOME otherwise? THE GIRLS gather with MAEVE to shout SAUTE MA VILLE!

THE CAT HAS NINE LIVES, and so does feminism: it was alive long BEFORE STONEWALL and long after. Its spark to take action and make change may start with a HAIRPIECE or A QUESTION OF CHOICE – and it creates a TAPP UND TASTKINO, a Touch and Taste Cinema, that we bring, across the decades, to you.

It’s important to say that an alternate REVOLT, SHE SAID film programme also lives in CDF’s collective imagination – films that we’d love to have included in our tour but where the materials were too challenging, too complicated, or too expensive to obtain. Club des Femmes call for the archiving, restoration and digitisation of radical films by women, especially those from the Global South, so that a full film history can finally be achieved. 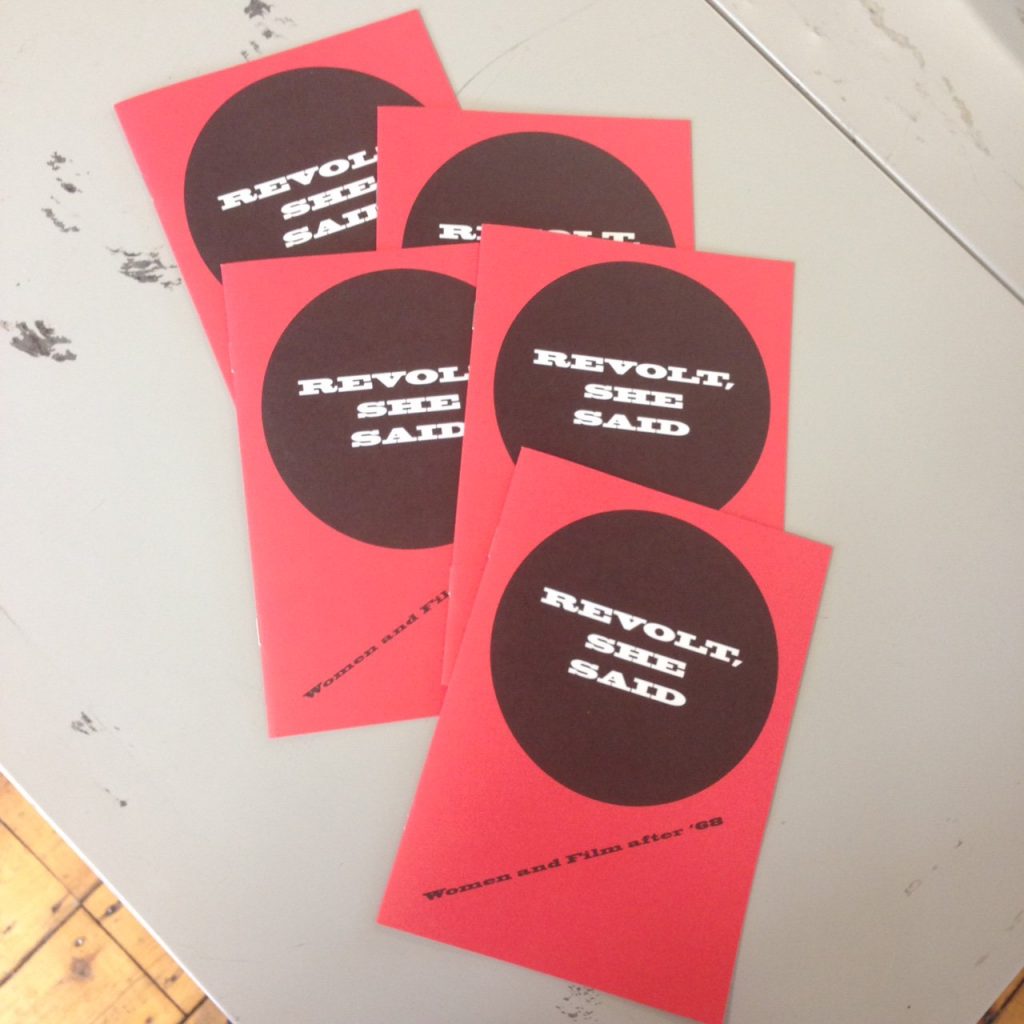